The Darwin mango season is significantly ramping up, with volumes passing 200,000 trays dispatched to market for the first time this year.

The Australian Mango Industry Association's (AMIA) crop flow data forecast that production in the region will reach its peak of 715,000 trays from the region in late October, after totalling 211,000 trays this week.

"Humidity has picked up in the Darwin region as the dry season comes to an end, with some rain events happening last week," AMIA reported, in its weekly My Mango newsletter. "Calypso picking has started with the variety growing strong and a lot of fruit on the trees. R2E2 picking has started as well with small volumes sent to the market. Some R2E2 orchards are not expecting to pick for another few weeks." 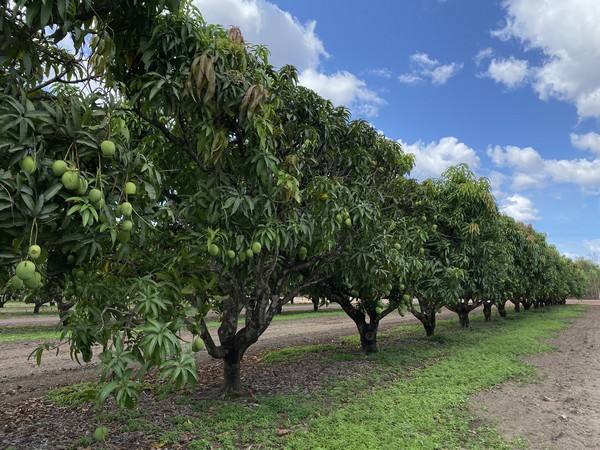 The vast majority of the fruit has come from the Darwin region, with only around 1,000 trays coming from Kununurra so far, and another 2,000 forecast for this week. Picking has started for some early Kensington Pride fruit in some orchards, which is a couple of weeks earlier than usual.

"Other orchards (in Kununurra) will likely begin picking shortly, as predicted by the forecast, with volume increasing around mid-October," AMIA said. "KP is looking patchy, but some growers are expecting higher volumes compared to last year, while R2E2 is doing quite well and might get picked a bit earlier this season."

The Katherine region is also forecast to send mangoes to market this week, with 51,000 trays forecast - before peaking late October. But similarly, to the other regions, Kensington Pride is patchy across the orchards and volumes are expected to be significantly lower than previous seasons.

"Other varieties such as R2E2 and Calypso are generally doing better," AMIA said. "Fruit is growing and small volumes of early fruit are expected to be picked from this week, with volume increasing from mid-October. Flowering events in Honey Gold orchards are finishing and fruit is setting well, which will hopefully lead to decent volumes of fruit." 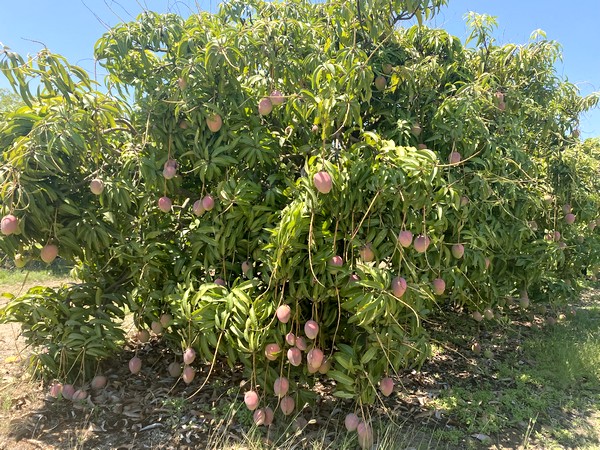 Meanwhile, the Brisbane Produce Market has held its annual Mango Auction, with Domenico Casagrande, from Megafresh in Chandler and Carina, securing the title of 2021 Mango Monarch thanks to his generous $10,100 winning bid. 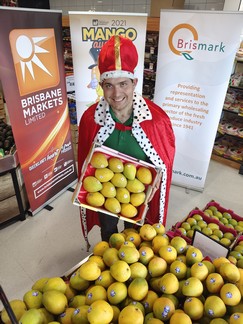 It was also a significant milestone, for the auction, which has now raised more than $1 million for charities since it started in 2002. Brisbane Markets Limited Managing Director and CEO, Andrew Young, says that with the 2020 event cancelled due to the health pandemic and the 2021 event moved online, it was more important than ever to reach the milestone.

“Mango season is a very special time in Queensland, signalling that summer and Christmas is on its way, and our annual Mango Auction is the perfect way to celebrate,” Mr Young said. “Raising over $1 million for Queensland charities since 2002 is an achievement the Markets community should be proud of and we are delighted to be able to support Redkite this year.”