"Our pomegranates have been on the market for 10 days already, thanks to the early varieties Shany, Emek and Ako, which allow us to open the season well ahead of what is usually the case for these crops," said Dario De Lisi, commercial director of the Italian Masseria Fruttirossi in Apulia with a pomegranate area of about 300 hectares. 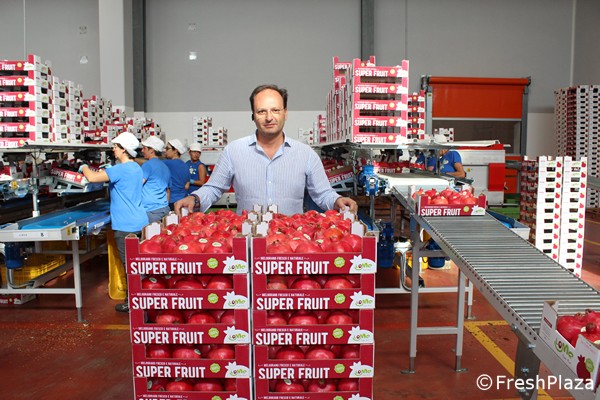 "There is a steady increase in demand, with prices within the standard range for early varieties. We are operating in a completely empty commercial window. It is a phase when buyers are eager to start the new season with an Italian and good quality crop. We expect a good season, also because, in terms of available quantities, we have new plots, the quantities of which have almost doubled compared to the previous season. As for the early varieties, we expect to finish harvesting by the end of the month and then provide the storage units with a constant supply until the middle of October, while waiting for the first harvest of the Wonderful variety." 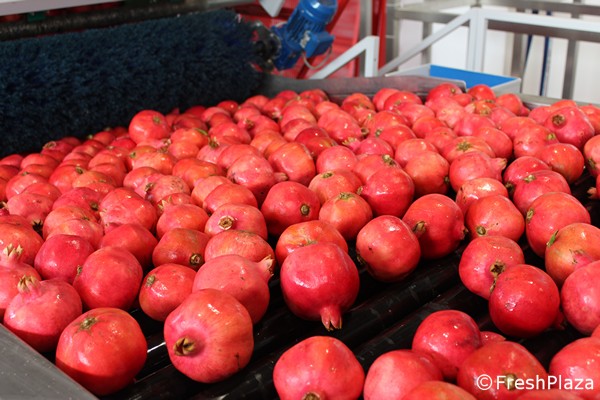 The pomegranates are being washed

"In these first days the markets seem to be particularly interested in the pomegranates from Lome Super Fruit. We have consolidated contacts with many Italian supermarket chains, who have been our customers for a long time. There is also a lot of interest from abroad, such as Germany, the Netherlands and France, and negotiations are underway to extend deliveries to other European countries, such as the Czech Republic, the United Kingdom and Sweden."

"We are noticing a particular interest in our product even from many overseas countries, but as is well known, the consequences of the pandemic are causing significant price increases in the logistics sector. Currently, the cost of a container to reach America has tripled, making the exported product uncompetitive in those markets." 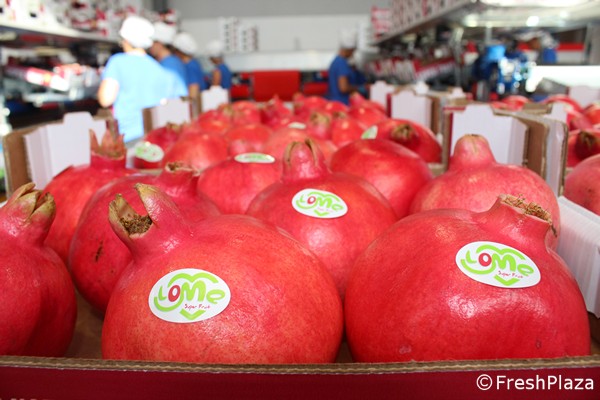 "On the other hand, we have been seeing increases in commodity prices for several months now. This is a situation we have to deal with as best we can, because there is no room for manoeuvre or negotiation. The price increases on packaging are at least 10% higher than last season. This obviously leads to an increase in production costs, but we try to limit these during sales in order to remain as competitive as possible."