Many took part in the Open Field Day organized by Avi and Gruppo Barbera International (as official distributor for Sicily). The day was organized in three sections, two of which in the fields to examine the characteristics of Arra grapes and Arra 30 in particular, which is commercialized as "Arra Sugar Drop". The two visits were necessary to understand two different management techniques - integrated and organic farming. The facilities were also different, which is important as this implies different agronomic approaches. 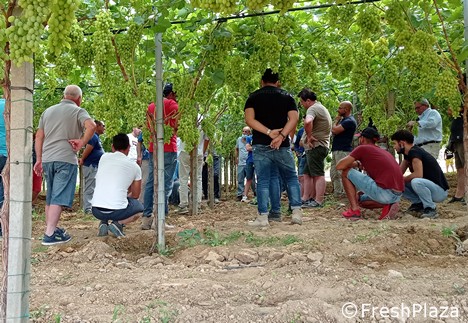 Agronomists Maurizio Simone and Marco Tempesta from Avi and Mario Martello from Barbera International together with group administrator Alessandro Barbera accompanied the group. 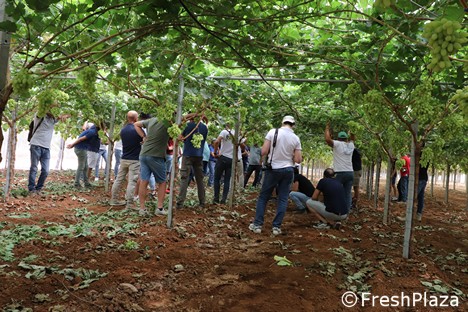 The Arra Sugar Drop variety boasts a sweetness of around 20° Brix at the third year of official commercialization. Arra 30 is a very early variety, so much so that harvesting started three weeks ago in Sicily. 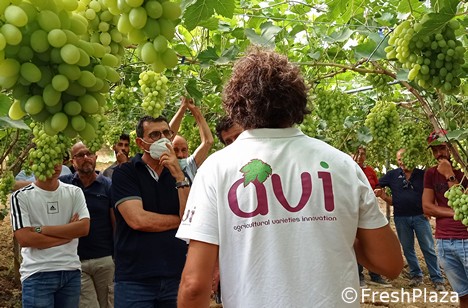 The convention discussed technical and contractual aspects to grow the Arra variety legally and illustrated the history of the variety, which was created in California thanks to the ingenuity of Mr Giumarra from Sicily and Mr Shachar Karniel from Israel. 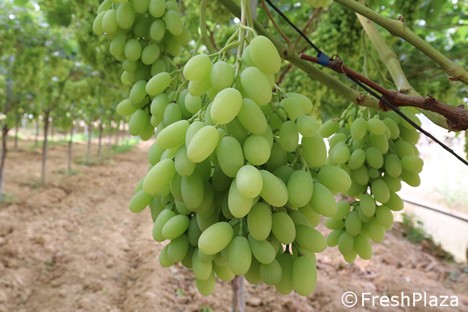 The management of the propagation material and the procedure to order plants and rootstocks were also discussed, as well as the Arra 13 variety (Arra Passion Star), i.e. the 'red-colored sister' of Arra 30.

Arra varieties have been available in Sicily for years and continue to attract the attention of markets, such as for example Arra 19 (Arra Passion Glow): a medium red variety with rounder grapes, a good resistance to botrytis and cracking, and a productive calendar between July and November in Sicily. Another variety is Arra 15 (Arra Sweeties), which is harvested between late July and October. It has a high productive capacity and lasts a long time on plants. 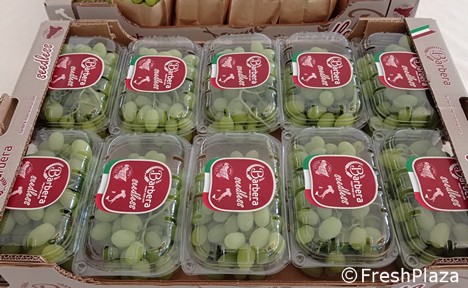 Alessandro Barbera announced the "strong presence of seedless grapes in Sicily, starting next year with a large production of white, red and black varieties." 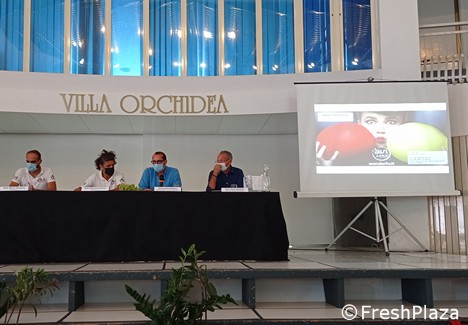 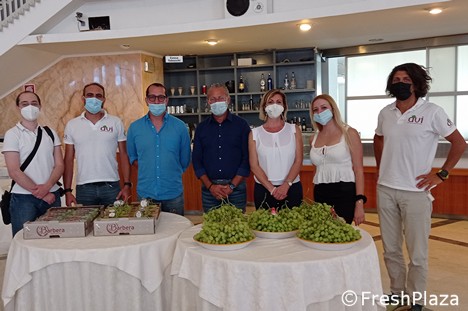 "Avi was set up in 2009 as an exclusive licensee in Europe of the Arra variety. Over 6000 hectares are grown on a global level, over 1100 of which are in Europe. Italy grows approximately 700 of them." 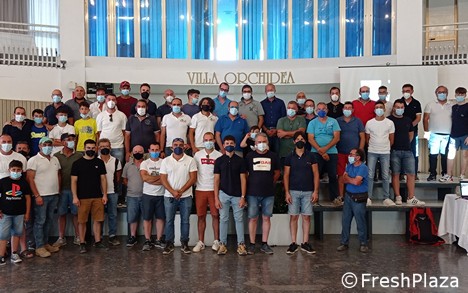 Requests to grow Arra grapes keep growing in Italy as well as in Spain. "We insist on legality and respect for intellectual property to safeguard authorized producers."