Guavas, the “Cinderella fruit”, are best in class for vitamin C 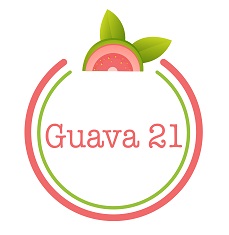 The heavy rain in the Western Cape is very welcome, even if harvesting of guavas has to take a backseat for a few days, but the Guava Producers’ Association is keen to remind South Africans of the extremely high levels of vitamin C contained by guavas (even more than citrus).

"Vitamin C plays a vital role in boosting the body’s immune system and should be consumed daily. The benefits of this superfruit does not stop with vitamin C. The extremely beneficial properties of guavas for increasing your fiber, calcium and iron levels are indicated by its high levels of those nutrients when compared with other health foods," the Guava Producers’ Association says.

Guava21 campaign: fruit in a time of pandemic
They are passionate to promote increased use of the fruit for its health benefits, which is the motivation behind the Guava 21 campaign on radio and social media, placing the fruit in the context of the pandemic and a renewed interest in nutrition and immunity.

In collaboration with the Agricultural Research Council they are currently involved in trials developing exciting new varieties while also improving shelf life. 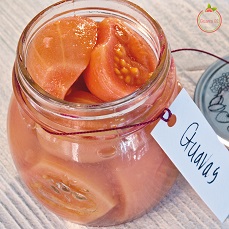 The current guava harvest in the Western and Southern Cape is expected to be 23 500 tons, of which around a fifth is sold to municipal markets, supermarkets and informal traders, and the balance is sent for juicing or canning. Seventy percent of guava volumes from the Cape go for juicing and purées, a sector which is showing a recovery.

In the Western Cape, where the season starts in Porterville in April and can run on into December from the Southern Cape, there are close to sixty guava producers. The estimate is slightly up from last year, although drought and pruning techniques to help trees cope with water stress will cause a reduction in volumes in the Mossel Bay area.

Cordon sanitaire between southern and northern guava areas
There is a cordon sanitaire between guava growers in the Cape and those in Limpopo and Mpumalanga because of Fusarium guava wilt which has caused a serious setback to guava orchards in the north. For this reason, plant material may not move across country. The Agricultural Research Council has been working hard on breeding disease-resistant cultivars to replenish northern orchards. 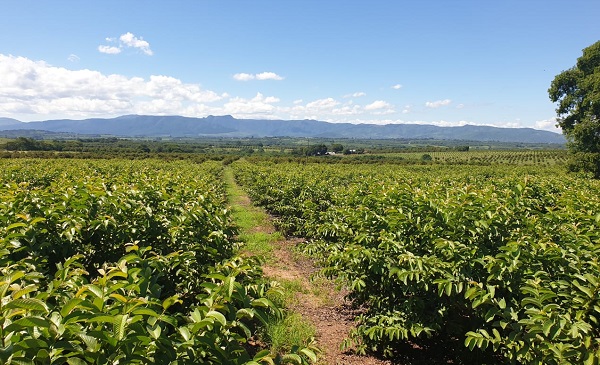 Some supermarkets draw guava supplies from both the Cape and from the northern production areas of South Africa, while other retailers obtain all of their guavas just from the Cape which starts roughly a month later. Almost all of the white guava orchards have been removed and the South African commercial production consists almost entirely of the pink-fleshed and local Fan Retief cultivar.