Late freeze in Michigan takes first flushes of asparagus out

A series of freezing nights in the West Central region of Michigan caused the first flushes of asparagus production to be taken away. This has resulted in supplies being very light and primarily coming from Southern Michigan. “We hope supplies will gradually pick up this week,” says Tyler Hodges of Superior Sales. “Although we lost some good picks, we still anticipate having a full season,” he explained.

The Michigan asparagus season starts in May, with production picking up mid-month and extending through July. The extended weather forecast looks good for the crop. “We can’t complain about cool and mild temperatures over a longer period of time as it generally promotes good quality asparagus with less stress to the plants and a steady manageable supply.” 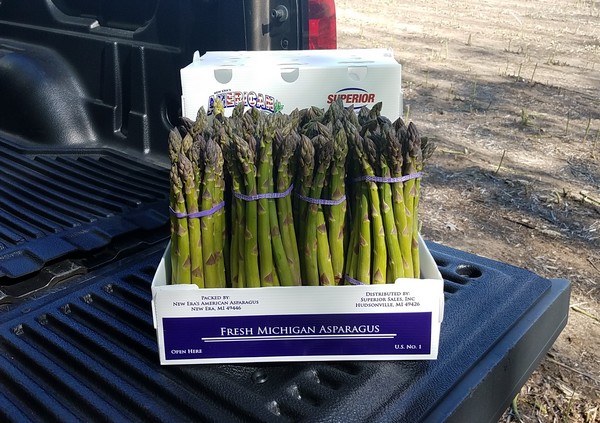 Pricing has rebounded
This week, Superior will be ramping up with steady production volumes as well as markets at $56.75-60.75 FOB Michigan on a 28-lb carton. The number is down from $64.75 FOB last week due to lower supplies around the freezing temps. “The demand is there, and pricing has rebounded from the lows we saw when Caborca, Mexico, was in production,” Hodges added. "The numbers look sustainable for the growers thus far and quite frankly they need to be to avoid losing domestic acreage and thus relying solely on imports.”

Fortunately, the Michigan asparagus program receives a lot of support from people seeing the value of bringing in a fresher product with better eating qualities. “We have a saying here in Michigan: ‘All Green, All Edible, All the time’ as well believe in harvesting differently. The harvesting technique of hand snapping each spear truly provides the consumer with a more usable product.” With a short six to seven-week season, the focus is on offering the product while we are in season rather than having a 52-week program.

About 75 percent of Superior’s asparagus volume is sold at food retail level. The remaining 25 percent goes to foodservice and with the pandemic slowly calming down, demand from foodservice is gradually picking up. The majority of customers are located east of the Mississippi, all the way to the upper Northeast region of the US. 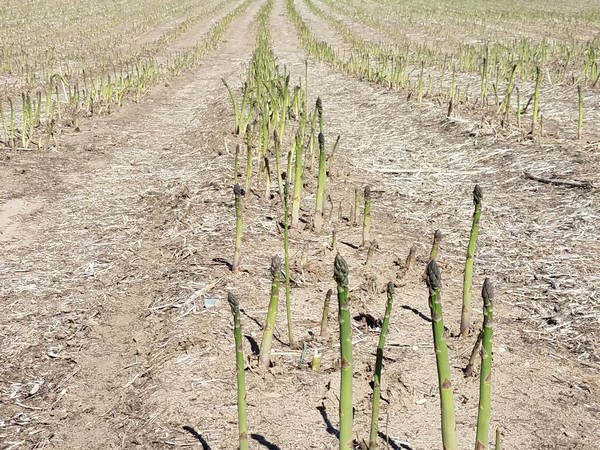 First spring crop in Michigan
Superior has represented the Michigan asparagus industry for over 30 years and it’s a program the company cares about very much, despite the season only lasting seven weeks out of the year. “It’s the first spring crop that kick starts our Michigan programs, which we’re always excited about. In late June, we will start up some of our earlier summer vegetable programs including cabbage, cucumbers, zucchini, yellow squash, green beans and leaf lettuce.” Hodges mentioned.

Throughout the year, domestically grown asparagus comes from only a few regions with Michigan being the largest source. Other asparagus growing regions in the US include Washington, California, and New Jersey with the majority of imports coming from Peru, Mexico’s and Canada’s province Ontario.