Cherry prices in China falling due to increasing availability

In May, open-field cherries from Shaanxi, Shandong, and other producing areas started to trickle onto the market. With the increase in volume, prices have fallen. 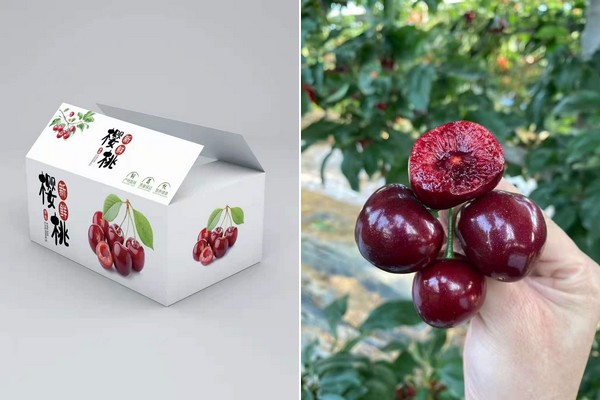 The poor sales of Chilean cherries this year have led some consumers to turn their attention to locally grown cherries. When cherries from Dalian became available, the product flew off the shelves, and the price was even higher than that of imported cherries. With fruit from various producing areas in the north coming on to the market, the available volume has gradually increased, and prices have fallen. Liu, manager of Shandong Aomori Zhenpin Fresh fruits Supply Chain, talked about the recent cherry market.

"When greenhouse cherries from Dalian went on the market in early February, the production was very small, and the end of the Chilean cherries season was approaching. The market was in short supply, and the price was as high as 100 yuan per half a kilo. At present, the most popular products on the market are cherries grown in unheated greenhouses in Dalian. From early May, fruit from Lintong, Shaanxi, and Yantai, Shandong have also become available. Open-field cherries from Dalian will become available in June,” Liu said. 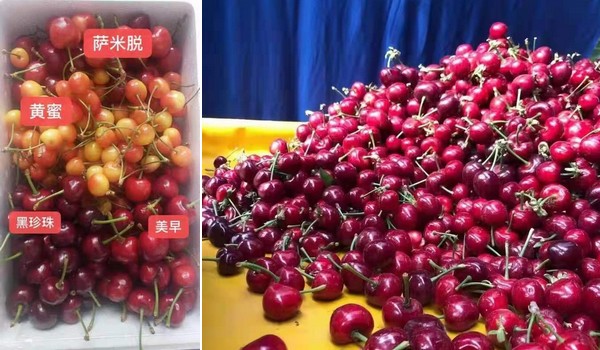 "The weather in Shandong this year is good, and the production and quality are very good,” Liu said. "As the volume on the market increases, prices have fallen. The current price of premium general grades is around 30-40 yuan per half a kilo. The price of open-field fruit is 15-25 yuan per half a kilo.”

In recent years, cherry growing techniques have been improved, production is becoming larger in scale, and the planted area and production have also been increasing year by year in China. Having become increasingly aware of their quality and price advantages, consumers are increasingly interested in locally-grown cherries.

When comparing the market acceptance of local cherries and imported ones, Liu said: “The export volume of Chilean cherries is increasing year by year, and they have a place in the market. The United States and Uzbekistan also export small volumes. There is no comparison between local cherries and Chilean products, as they are produced at different times of the year, so there is no competition to speak about. Although products from the United States, Uzbekistan, and other places are on the market at the same time as local cherries, their yearly import volume is not large and prices are high, and the targeted consumer groups are also different. Therefore, their impact on locally produced fruit is small." 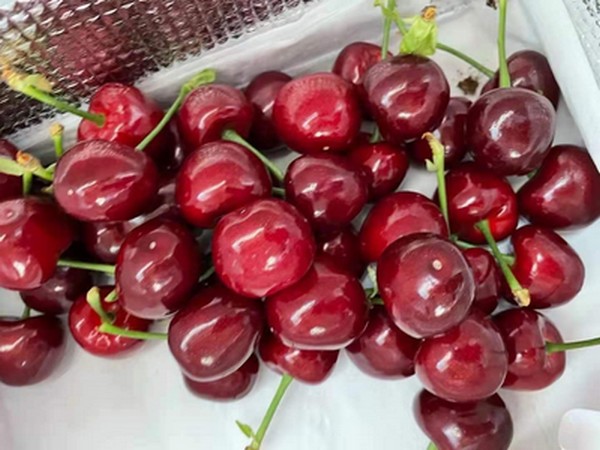