Aiming to boost the leadership of Andalusian organic fruit and vegetable firms in the international markets, Extenda has carried out a direct trade mission in the Benelux area, held in digital format from 13 to 29 April. The European markets of Belgium and the Netherlands offer very attractive opportunities for the region's organic fruit and vegetables, as the annual turnover generated by organic products in both countries amounts to 2,000 million Euro.

This trade mission, organized by Extenda-Andalucía Exportación e Inversión Extranjera, has brought together 15 Andalusian firms with five Belgian agents and one Dutch, holding a total of 45 business meetings. 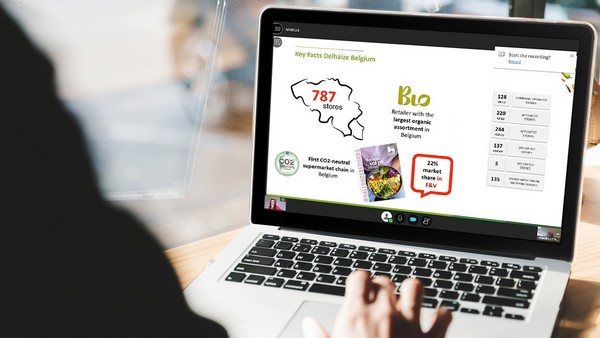 In 2020, due to the lockdowns imposed due to the pandemic, there has been a notable increase in the consumption of organic products, especially in countries of northern and central Europe. In Belgium, this growth ranged between 15 and 35% during the first lockdown, and figures remained about 10% higher than those recorded before the pandemic.

According to data from Extenda, Belgium and the Netherlands are highly interested in buying fresh foods which they do not produce, or do so to a limited extent, including fruits (citrus, stone fruit, exotic fruits ...) and vegetables. Therefore, an increase in the demand has been observed, especially in the organic sector. Extenda's objective is to make it easier for Andalusian firms to contact potential customers, distributors and importers.

Belgium and the Netherlands: organic markets
In the Netherlands, the organic food market is expanding, with 1,600 million Euro in turnover in 2018; 8.4% more than in the previous year, with a market share standing at 3.5%. In the last five years, there has been a 10% growth per year, while the conventional food sector has grown at a rate of 3% per year.

According to the ICEX report, the market share of organic products in the Netherlands is expected to double to 7% by 2025. This growth will be driven by a rising demand from Dutch consumers, who are increasingly environmentally-conscious and aware of the importance of consuming healthy food.

Moreover, in 2019, 96% of Belgian consumers bought organic products at least once. In the same year, Belgian families spent 779 million Euro on this kind of products; 4% more than in 2018. This increase is linked to there being a greater number of buyers and a higher frequency of purchase. Also, in Belgium, classic supermarkets remain the largest distribution channel, closely followed by organic stores.