The company that brought "the world’s smallest tomatoes” to Australia says the demand is so high for the product that the company has had to significantly upscale.

The unique brand was launched into the Australian market last year, and Oliver Draganovic from Edison says they have experienced incredible uptake of Tomberry from Australian shoppers.

"Launching a new fresh product can be very tricky," he said. "We were fine-tuning how we grow Tomberry in the glasshouse while at the same time developing our national farming network so we could keep up with the demand, while also trying to identify exactly who is the Tomberry tomato shopper. As it is very new, we needed to back our judgement by scaling up our production volumes at the farm to truly understand the potential of this variety from both a production and sales standpoint. We now have a better understanding of how to grow it but also how to care for the fruits post-harvest to deliver shoppers the best-tasting Tomberrys. We initially thought this would only create a new micro 'extreme' snacking category which it has but even we were surprised at the versatility of Tomberry. The variety has quickly gained traction with foodies, chefs and cooks. We have been overwhelmed by the amount of content our fans share with us." 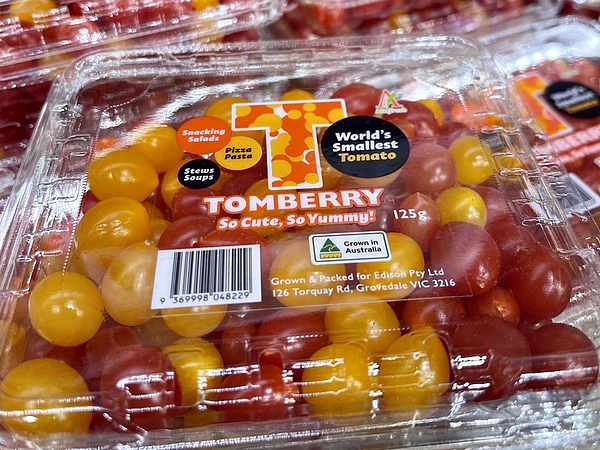 It is not just the scale in which the brand is increasing, but also in variety. Edison secured the seed and are currently planting and evaluating Chocolate, Pink and Orange coloured tomatoes to further the eye and flavour appeal and extend the Tomberry range for our customers.

"We are concentrating our production with our partners Ausfresh Ppetual Farms in South Australia who grow Tomberry tomatoes. This allows us to focus all our efforts on refining our growing techniques and fully automating the post-harvest packing and distribution process," Mr Draganovic said. "We are currently shipping 30,000 punnets each week with a new Tomberry crop, three times that currently being planted in the nursery for our summer crop. This will commence harvest late September 2021." 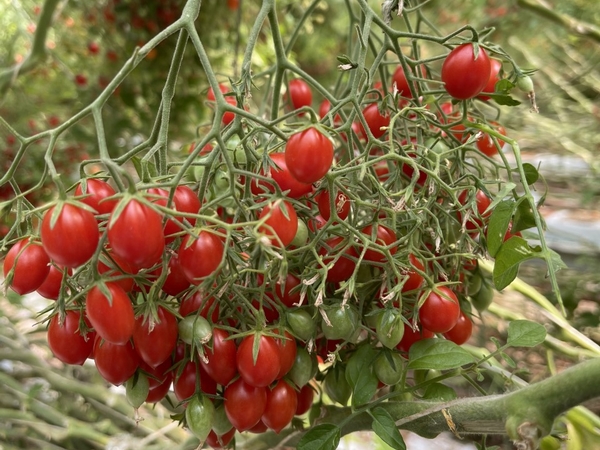 The company has also invested heavily in automation, given that Tomberry is a truly unique tomato, and Mr Draganovic says this ensures consistent quality in every punnet of tomatoes for customers.

"Imagine harvesting a normal large tomato where you only have five tomatoes on the vine. Then imagine a vine with a bunch of tomatoes that has over 200 tiny berries on it waiting to be picked," he explained. "Tomberry is 100-times smaller than a regular tomato. Our bespoke automation process ensures growing, picking and packing consistency across all Tomberry tomatoes with a significant reduction in labour. We use an optical sorter which takes lightning-fast images of every single piece before grading out any individual fruits that may have defects or do not meet our maturity colour specifications." 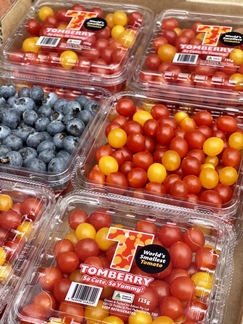 Tomberry originates in the Netherlands but has quickly spread across many other countries in Europe like Poland, Turkey and Spain, and it has also found its way to North America into Canada well as into Mexico and Israel.

Mr Draganovic has discovered that this very convenient “no chop” tomato has excited not only Australia’s high-end Chefs but also mums, dads, foodies and more importantly children.

"Learning the basic skill of cooking at a young age is very important and a skill that can be used for the rest of your child’s life," he said. "We are very proud that we can play a small part in helping children and everyone engage in healthy food options. The versatility of Tomberry has meant that anyone can use it as a fresh snack, or in salads, stews and soups - or on pizzas and pasta to enhance any dishes visual appeal and also supercharge its nutritional content. The tomato is being used as a new unique ingredient in 5-star fine dining dishes and in all kinds of hot dishes like Spanish Paella where it adds not only a flavour with a textural burst once consumed but also a splash of colour to any dish. It is being used in soups, risottos and pasta dishes and is very popular with Mexican cuisine. Tomberry adds colour, flavour and fun with that little surprise pop of flavour." 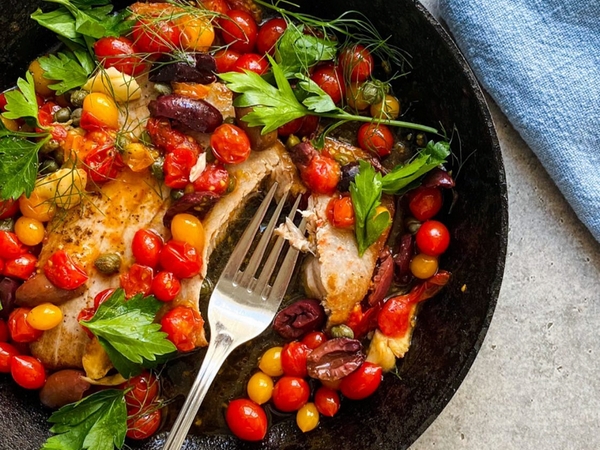 He added that the brand's Instagram page has a range of dishes, showing the versatility of the tomato, provided by a growing following of Tomberry fans.