After seeing a decline in cargo volumes in January, the Port of Oakland now reports seeing improved numbers throughout February and is feeling positive about the upcoming season, especially because they will be bringing three new giant cranes into operation this spring. 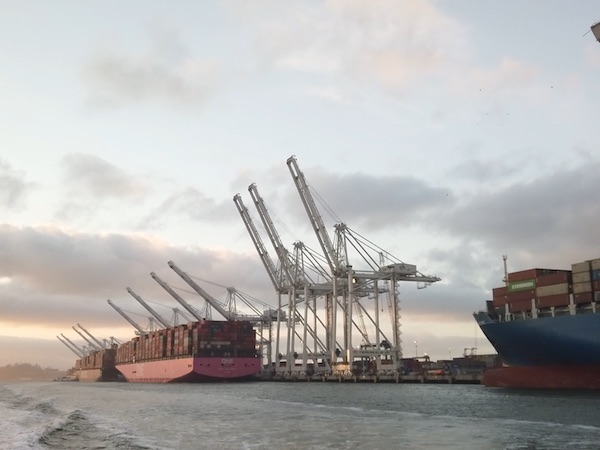 Busiest February in history
In January, the cargo volumes coming through the Port of Oakland were down mainly due to delays in Southern California ports. For February, however, Oakland not only saw a recovery of volumes but actually broke a record on the amount of import containers they saw enter the port. They handled the equivalent of 80,200 20-foot import containers in February, which is the busiest that they have been during that month in their entire 94-year history. “Import volume has increased dramatically since last summer thanks to increased US consumer spending, and we forecast that there will be continued strong import volume through at least the second quarter of 2021,” the Port stated.

Despite the record number of imports, the Port’s exports have actually decreased compared with the same time last year. The Port said: “We loaded 69,588 export containers onto outbound ships. That was an 11% decline from February 2020 export totals. This is mainly due to scarce vessel space, which hinders exporters from attempting to ship cargo overseas.”

Additionally, while the total number of containers imported broke records, the number of ships that have berthed in Oakland has declined 26%. “According to our data, 156 ships called in Oakland during January and February of 2021. During these months in 2020, 212 ships visited. The decrease due to several factors: a shortage of labor due to Covid-19, one berth being unavailable while the Port’s new cranes are being assembled, and finally, late arrivals from vessels coming from other ports.”


Each of these points should be improving in the future, however, says Marilyn Sandifur. “With the vaccines rolling out that could possibly help resolve some the labor issues. The berth that is currently closed will reopen this spring and will have the three new giant cranes there which should also make processing cargo more efficient. Lastly, the Southern California ports have seen improvements in terms of clearing their backlog of ships. These backlogged ships are arriving at the Port of Oakland, so everyone is working hard to work through those vessels.” 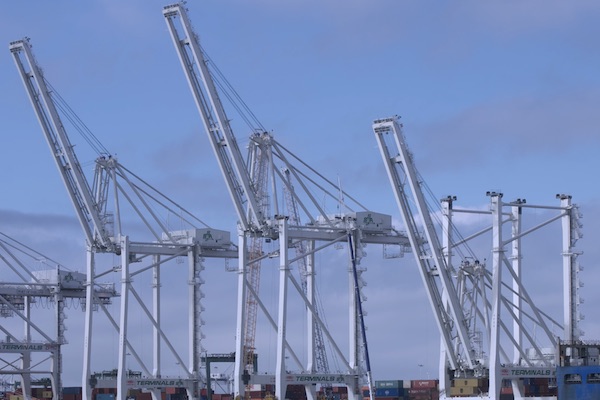 North America’s tallest cranes
Despite the disruptions and challenges that are being caused by the pandemic, the Port of Oakland has been working diligently on an exciting new project: they are currently assembling the tallest cranes in North America. “The cranes were made by ZPMC in Shanghai, who have been our long-standing associates. The cranes were brought over in sections and had to be assembled on site here. We just finished assembling the third and last crane and we are now entering the next phase: testing the cranes and then commissioning them for work. The first of the three cranes may be going into service as soon as late March or early April,” Sandifur says

“These new cranes at Oakland are going to make a significant difference in the ability to handle cargo more efficiently,” said Port of Oakland Maritime Director Bryan Brandes. “Oakland international Container Terminal is the largest marine terminal at our port; and now it’s home to the tallest cranes that can receive the biggest ships calling North America."

“In 2020, about 1,000 TEUs per week of refrigerated produce was exported through the Port of Oakland. Specific produce shipped through the Port of Oakland at the highest volumes are citrus, grapes, vegetables of all kinds, stone fruits, melons and onions, in that order. Ships used in transpacific trade have been increasing in size over the past several years, and having the tallest cranes means that Oakland can ensure it has the infrastructure to remain a premier export gateway for produce,” Sandifur concludes.