A project aimed at understanding and measuring fruit quality in the Australian stone fruit industry has undertaken its first main production season of research.

It is being led by Agriculture Victoria and Research Scientist Dr Mark O'Connell told the Food Agility Summit 2021 that the Sensors for Summerfruit program has a particular focus on managing fruit maturity, which in turn will increase customer satisfaction and drive more sales, with volumes set to increase in coming seasons.

"The summerfruit industry has a number of new orchard plantings coming into production," Dr O'Connell said. "They are focused heavily on developing export markets, in particular Asia. The fruit maturity is critical in determining the entire harvest and understanding storage and shelf-life - also consumer satisfaction. The current methods of measuring fruit quality and fruit maturity do suffer from small sample size and do include subjective and destructive measurements and metrics." 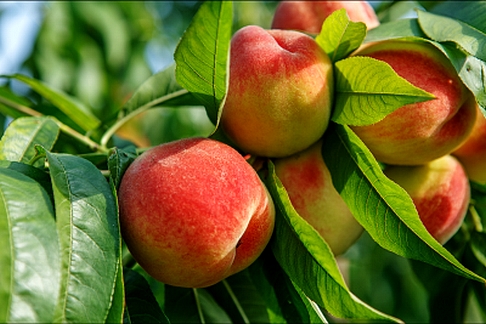 The project was launched by the Food Agility Cooperative Research Centre (CRC) in October 2020 to test the accuracy and utility of certain sensors and platforms to help growers and exporters improve fruit quality. Dr O'Connell says they are testing new technology that has not been studied in terms of summerfruit, and that fruit sweetness and size are important factors in considering market destination and they can be influenced by orchard management.

"For example, the way we irrigate the trees, the way the growers thin the trees and the harvest timing as well," he said. "These are all linked to where to send the fruit and the market requirements. Pre-harvest estimates of fruit numbers and yield are important to understand harvest logistics, which is important for labour at harvest time. Another aspect of fruit quality that is not actually visibly detectable and that is internal disorders such as browning. So, detecting that post-harvest is important. Our approach is to develop, calibrate, validate and evaluate these sensors and platforms that will give growers and packers data and information on when to pick and any changes to orchard management." 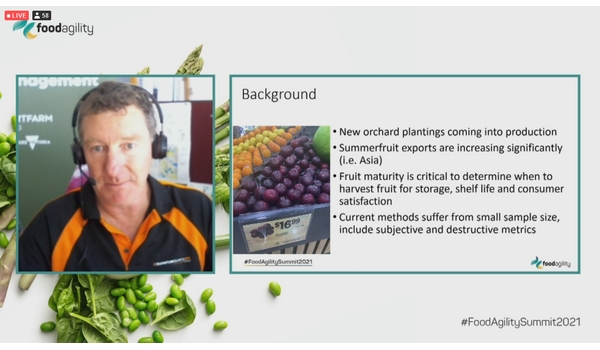 Photo: Dr Mark O'Connell giving an update on the Sensors for Summerfruit project

The sensors that are being studied as part of the project include; Rubens fluorescence/reflectance spectrometer, Rubens colourimeter, Green Atlas Cartographer and a bistatic LiDAR. The sensors are being calibrated on Agriculture Victoria’s Tatura SmartFarm in Goulburn Valley, and then road-tested in commercial orchards and packhouses in Goulburn Valley, Swan Hill, Cobram, and Sunraysia, during the 2.5-year project.

Alessio Scalisi has been working on the project with Agriculture Victoria and says the testing of these sensors has five main activities. He added that the Rubens spectrometer is being used to predict storage disorders in two cultivars; 'Majestic Pearl' nectarine and 'O'Henry' peach through three treatments.

"We have two maturity stages, five cold storage times and four shelf times," Mr Scalisi said. "We are trying to predict in advance when storage disorders will develop; such as mealiness, leathery/rubbery texture and internal browning. So, the spectrometer basically provides three different spectra; the near-infrared, the vis-reflectance and the UV fluorescence, and it is interfaced with smartphones and computer applications so that we can collect data very quickly. The same device is being used to predict fruit quality and maturity parameters such as soluble sugars, dry matter, firmness and maturity in four cultivars; Majestic Pearl, O'Henry, September Sun and Snow Flame 25." 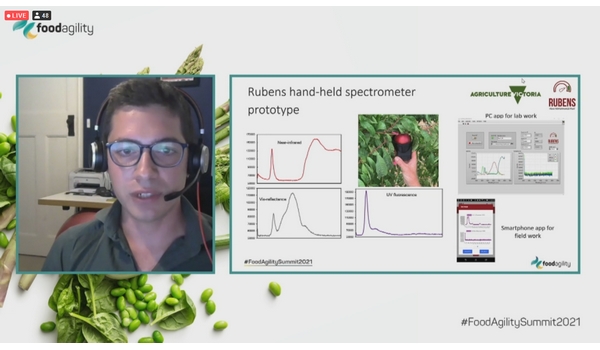 Photo: Alessio Scalisi giving an update on the Sensors for Summerfruit project

The project team is also calibrating and validating the Rubens colourimeter for food colour measurement, and Mr Scalisi says the data tested is against a reference spectrophotometer. While testing is also taking place using the Green Atlas Cartographer to assess the spatial distribution of yield, fruit size and fruit colour.

"Scans and measures are being taken at the Tatura SmartFarm of five different cultivars: Golden May apricot, Snow Flame 23 and Snow 25 peaches, Majestic Pearl nectarine and Angeleno plum," he said. "At the same time, we are scanning and evaluating the technology with growers in commercial orchards. So, the validation is done through the calibration of ground truth measurements of colour and fruit diameter. So, we use a colourimeter and digital calliper and we also have a grader to collect fruit number and yield. So, the Cartographer stores the data in a hard disk and Green Atlas provides row data or heat maps."

After successful results in the first four months, Dr O'Connell says the next step will be further testing and developing the sensors with growers at their orchards over the coming seasons.

The Food Agility Summit 2021 was a two-day virtual, interactive event, featuring national and international speakers from the agrifood, technology and research sectors. Food Agility is a $150million+ innovation hub aimed at creating a sustainable food future for Australia's producers, consumers and communities.