Update on watermelons, honeydews, and cantaloupes

Currently, movement of melons is somewhat inconsistent in the North American market.

WATERMELONS Right now watermelons are coming out of Nayarit, Jalisco, Colima and Michoacán in Southern Mexico. These regions compete with the Central American watermelon growing regions including Honduras and Guatemala.

“Mini watermelons have been on the strong side of things with good movement and pricing in the low teens consistently. There’s been a lot of product but in general, the quality has been good,” says Scott Vandervoet of Vandervoet & Associates in Rio Rico, AZ. “There’s been less competition from Central America for watermelons but there’s still some.”

As for demand, the lack of foodservice is impacting watermelon movement. “Retail demand is steady and that’s perhaps one of the reasons why the mini watermelon market has been strong. That’s a retail-specific commodity at this time of year, but that’s just my speculation,” says Vandervoet. Also affecting demand throughout February was the cold weather and storms seen throughout North America. “Everybody looks forward to getting past February because weather was such a hindrance,” says Vandervoet.

On pricing, the mini market has been in the low to mid-teens while watermelons have been difficult to move. Given that, pricing is in the low to mid. 20 cents/lb. range. Because of the weaker markets though, growers have curtailed shipments. 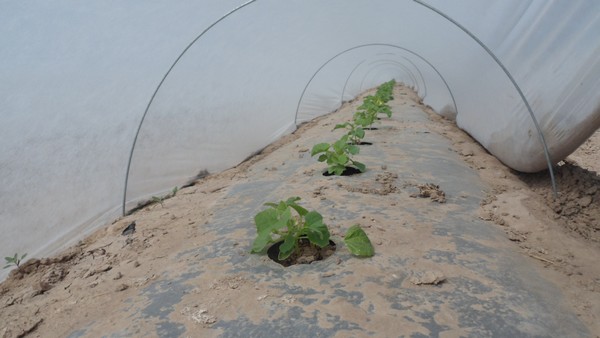 HONEYDEW Honeydew is coming out of those same Southern Mexican regions as watermelons and have struggled similarly to regular sized watermelons. “The Mexican crop is competing against product out of Guatemala and Honduras at this time of year and the market has been weak,” says Vandervoet. Honeydew has also seen somewhat of a saturated market, making movement challenging. “There is less product currently being offered but that doesn’t necessarily strengthen the market.”

Pricing is low in honeydew currently sitting at below $10.

CANTALOUPE At this time of year, the majority of cantaloupe supplies into North America come from Central American countries such as Honduras, Guatemala and Costa Rica.

“Earlier in the winter supplies were down a bit and that was attributed to the two large hurricanes in Central America in November. Those storms had an impact on the crops because they were in the ground at that time. The storms impacted the cantaloupe crop more than the honeydew crop,” says Vandervoet. “And since Mexico doesn’t really play a part in cantaloupe then, there was no other region to compensate.”

He also adds that also unlike honeydew, which is seeing a weak market for most of the winter, the cantaloupe market has been strong. “The nine-count is being used mostly by retail and it’s been over $20. It’s trading at high prices. I think importers worked hard to ensure that retailers had supplies,” he says.