The supply of Spanish berries is still limited

The impact of the storm and frosts recorded early in the year are still palpable in the berry market. The volumes of strawberries, raspberries and blueberries are still limited and prices are notably higher than last year's average at around this time. Furthermore, the acreage has been slightly reduced and production costs have increased. 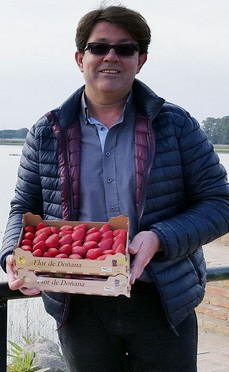 "Normally, there are usually more organic strawberries available at this time, but the cold and rainy weather in early January will cause the bulk of the production to arrive about 3 weeks later than usual."

"I estimate that from week 9 onwards we will gradually see an increase in the volumes and there will be more continuity in the supply," says Juan María Rodríguez, manager of Flor de Doñana, a company in Huelva specialized in the production of organic berries.

The organic blueberry campaign also started recently, although with very limited volumes. “The Spanish blueberry production is lagging and shipments from South America are scarcer this year. The demand is therefore higher than the supply at the moment and this situation is expected to continue for a few more weeks,” says Juan María Rodríguez. Flor de Doñana markets its own blueberry production from January to July, making small imports during the off-season to be able to provide a continuous service to some of its customers.

Regarding organic raspberries, although the demand and the quantities available are good, they have been more affected by the loss of a great part of the hotel and restaurant activity. Besides, competition from other countries, such as Italy, Morocco or Portugal, is increasing. "Our competition comes mainly from exporters in Huelva, although there is a growing presence of organic raspberries from other origins, especially from Italy," says the producer.

According to Juan María Rodríguez, despite the current context, the market for organic products continues to grow steadily, as it does every year. "I believe that the growth of the organic market for berries, as well as for other fruits and vegetables, will accelerate if the marketing channels are diversified, since consumers will have easier access to this type of products. Organic fruit consumers demand proximity and convenience, with services such as home delivery, so as not to be forced to go physically to the specialized stores.” 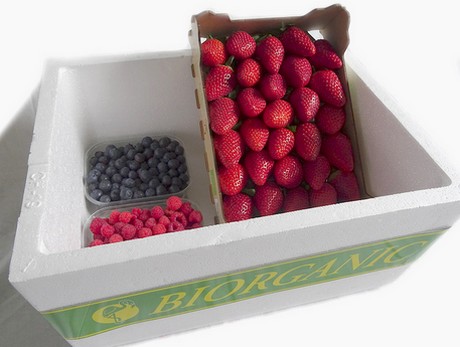 Higher costs due to the pandemic and Brexit
Since the coronavirus pandemic broke out, the production and harvesting costs of berries have risen. There are also greater difficulties in finding qualified labor. According to the manager of this Huelva-based company, "compliance with safety distances between workers requires more shifts, so everything goes a bit slower and is more expensive."

The firm exports its berries to destinations such as Germany, France, the Netherlands, Switzerland or the Scandinavian countries, as well as the United Kingdom; a very important market with a high consumption of these products. 2020 was a year of great uncertainty due to Brexit, which in the end hasn't been as harsh as we thought. Fortunately, our export volumes to the UK have not been affected, although the increased burden of documentation at customs has slowed the operations down and made them more expensive. Unfortunately, although some customers do understand and assume these extra costs, it is mostly the producers who have to pay this difference, causing profit margins to narrow.