Amid the uncertainty cast by Covid on the export table grape market, there was a strong turnout of growers and exporters at TopFruit’s recent annual field day in Augrabies (instead of Aussenkehr, Namibia) and, for the first time, in Limpopo. 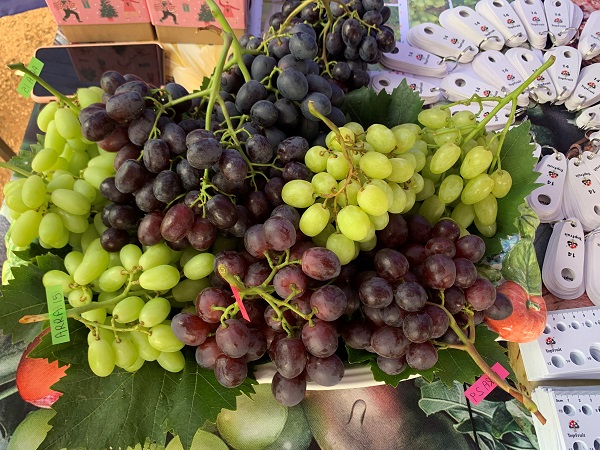 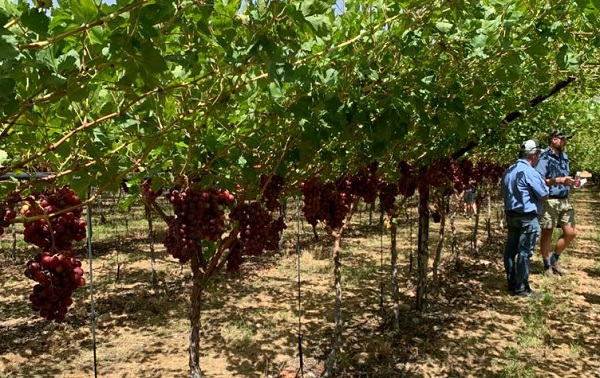 Block of ARRA 29 on Shelfco farm, Augrabies, ready for harvest by the end of November (photos supplied by TopFruit)

“Additionally, talk amongst producers and exporters indicates that ARRA 33 and ARRA 30 are both hot on the heels of ARRA 29,” he says. 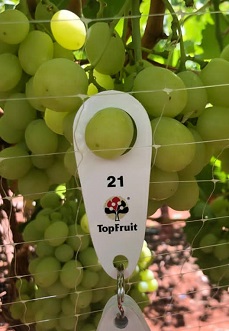 “ARRA 33 (right) is a much-anticipated variety that is showing great potential to replace early seedless varieties that are not as grower friendly.

By contrast, ARRA 33 is very grower-friendly and ideal for producers that are increasingly looking for ways to improve profit margins on the varieties that they select to commercialise.”

At the Augrabies field day at two farms of Southern Fruit Growers, blocks of ARRA 13, ARRA 14, ARRA 15, ARRA 29, ARRA 32, ARRA 33 and ARRA 34 (the latter three are trial blocks) were visited by around a hundred growers, technical advisors and exporters.

Arnold points out that among the ARRA varieties, ARRA 13 and 15 do very well in Aussenkehr, while 450km across the border into the interior, ARRA 29 and 30 perform great in Augrabies, Northern Cape. 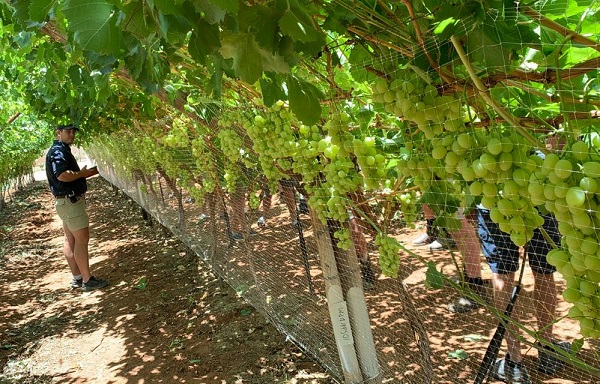 A block of ARRA 33 on Sweet Sensation Farm, Augrabies

ARRA varieties gain traction in Limpopo
On the farm of HN Pieterse in Groblersdal, producers first visited the ARRA 30 (ARRA SUGAR DROP™) grapes, at optimal ripeness on the day. 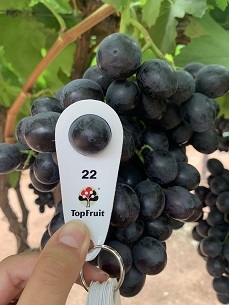 The ARRA 14 (ARRA MYSTIC BLOOM) vines (right) amazed everyone at the field day, he says, by the extremely grower-friendly, high-yielding vineyards of ARRA 14 that are planted in the Limpopo region. No ethephon was applied for colour.

As in Augrabies, the intense colour and berry size of the ARRA 29 (ARRA PASSION FIRE™) on the Limpopo farm attracted much attention, again requiring no Ethephon.

He notes that ARRA™ varieties are gaining a lot of interest in the area. 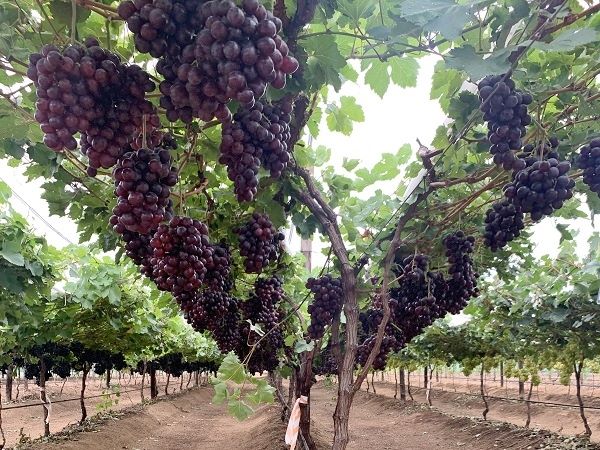 ARRA 29, valued for its minimal labour inputs and colour development, at the Limpopo TopFruit field day

Resistance to rain during the pre-harvest and harvesting period is non-negotiable in the Groblersdal/Marble Hall area. In fact, during the month before this field day approximately 85mm of rain fell on this covered test block, giving ARRA varieties the opportunity to show their mettle in local conditions.