The grower, marketer and distributor of fresh produce from around the world now offers nearly year-round availability thanks to its domestic cherry program from California and Oregon. Chile remains the cornerstone of Oppy’s imported program, with promotable volumes expected from December to January 2021.

“Thanks to an excellent growing season, we are seeing fantastic quality cherries with higher-than-normal brix levels as well as a very strong crop overall. Our Argentinian cherries will complement and expand upon our Chilean offerings,” said Eric Coty, Oppy’s vice-president of South American Operations. “Oppy’s domestic cherry offerings have already experienced robust growth over the years, and the future of our South American program is just as promising.” 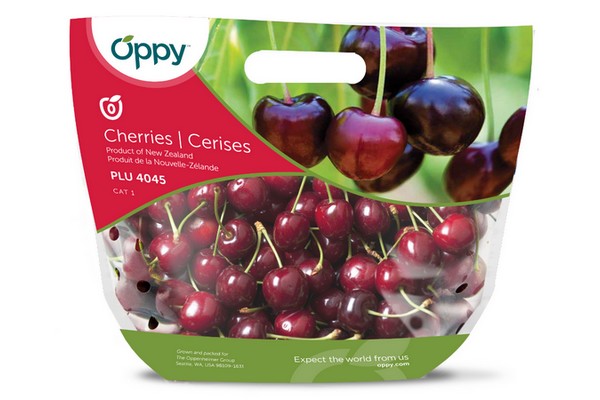 Beyond impulse buys
"South American cherries pose a unique opportunity for retailers," Coty continued. “Until fairly recently, cherries were purely a seasonal item, starring in the produce department as the ultimate impulse purchase during the North American summer months." Now, customers can capitalize on that same ‘cherry effect’ with promotions during the holidays and into January," he said.

Oppy offers marketing and promotional support to retailers and works together to best use the crop quality and volume to tap into holiday promotional opportunities. The grower plans to continue actively expanding its imported cherry program every year which--considering that Chile sends less than two percent of its crop to North America—it says leaves significant room for future growth.