"We are bearing the pressure on lemon prices quite well"

Lemon producers are currently dealing with a difficult market situation in a context marked by falling demand from the hospitality sector, which in Europe is operating at a very small share of its capacity due to the restrictions adopted to slow down the spread of the pandemic.

“I would define the campaign as atypical, with a difficult situation both at origin and destination and a slow demand due to the impact of COVID-19. Sales in the horeca channel are very limited and, although the retail channel absorbs something, it is not enough to compensate for the drop in sales in the hospitality channel. In fact, we are observing a drop in the demand from supermarket chains, perhaps due to the impact of the health crisis on the economy,” says Víctor Martínez, Product Manager of the producer and exporter Amefruits, based in Alicante. 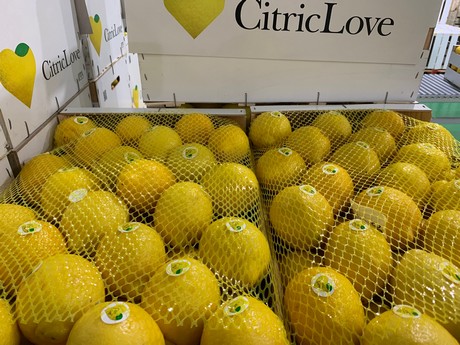 However, uncertainty reigns in a scenario that has become unpredictable. “There is some pressure due to the possibility of oversupply combined with a lower demand. The campaign is only starting, so we do not have a surplus yet. We still have a campaign to go through and we are bearing the pressure quite well, waiting for a rebound in the demand, which usually happens around Christmas,” he says. “Perhaps in January the scenario will be different, depending on how the campaign has developed by that time; however, we want to remain optimistic ahead of the Christmas campaign. We are withstanding the pressure quite well, we don't have too much lemon, the sizes are not too big and the quality is optimal,” he says.

Turkey gains ground in the East
The current exceptional situation caused by the coronavirus outbreak is not the only challenge for Spanish lemons. Turkey has experienced remarkable growth in the export market and become a prominent supplier of lemons in Eastern Europe and in the most distant destinations.

"The competition from Turkey has been noticeable for several seasons," says Victor. "Most of the exporters of Spanish lemons focus on nearby markets in our Central European environment: Switzerland, Italy, France, Germany, etc. We start with long distance shipments now, when the cold arrives, and that's where we are noticing the competition from Turkish lemons, especially in their area of ​​influence, which is mainly Bulgaria, Romania, Poland, Latvia or Estonia. For several seasons, it has been very difficult to compete with Turkey in that environment because the devaluation of the Turkish lira is making its product more competitive," he says. "Fortunately, we are not seeing great competition from Turkish lemons in Central Europe, except in the Netherlands, which receives products from all over the world, including Morocco, Egypt, Turkey and Spain."

“Also, we have not yet started the export campaign to Canada and trade with the United States is more limited due to the higher tariffs. Exports have been reduced since their entry into force,” says Víctor Martínez.

Higher volumes this year
As has been the case with other citrus fruits, volumes are expected to increase in the 2020/21 campaign. According to AILIMPO, the increase is estimated at 8%. "A greater harvest is expected, especially for the earliest varieties, for the Primofiori at the beginning of the season. The prospect is that by the middle and end of the season, the harvest will be slightly lower than last year," says Víctor. “However, I don't think we will have growth this year. Our main objective in the current context is to maintain last year's level in terms of fresh product sales; that is, roughly 5,000 tons.” 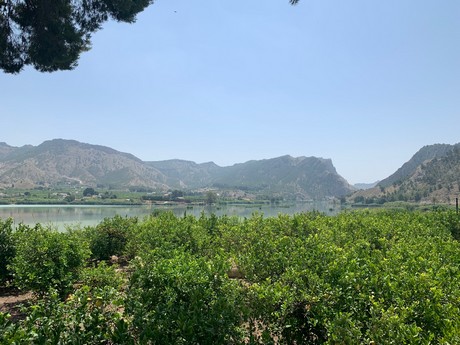 The company hopes to allocate as little of its production as possible to the processing industry. “That is not exactly the place to make money. Sales to the industry don't even cover the production costs. It is a last resort,” he says. "We aim for fresh marketing, and we continue to bet on quality in this COVID-marked situation and on our Citric Love brand, a more exclusive brand for more demanding customers."