“Overseas shipping of strawberries isn’t sustainable at the moment”

The Greek strawberry season is looking positive, despite higher airfreight rates for overseas shipments. Greece has increased its strawberry acreage by about ten per cent overall. The coronavirus will remain a challenge, as it was last year, but for one Greek exporter it means the focus will be on the European markets, as it was during the first lockdown.

According to Nick Nafpliotis, director of Greek fruit trading company Greek and Fresh “The Greek strawberry season has just started, and we feel that we are heading towards a good season. Thanks to an increase of the plantations, acreage has increased by about fifteen per cent. Last season was pretty tough in the middle of the season, as the lockdowns in most European started. Between mid-March and mid-April the demand dropped significantly and prices crashed as a result of it. However, the season recovered by the end of April and in May the demand grew a lot, and prices were about 30 per cent higher than what we usually see.” 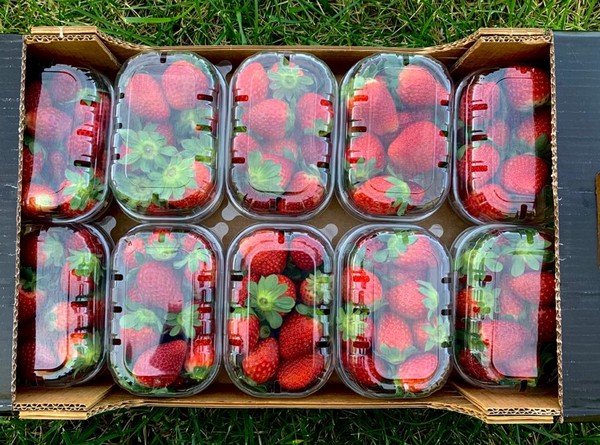 The strawberry varieties have also changed in the last three years: “in 2017 Camarosa represented about 60-65% of the production, followed by Fortuna at 25-30%. Today, Camarosa has a share of only 4-5%, Fortuna 20%, and Victory 55-60%. The latter was rapidly adopted due to the excellent self-life and the good production output”.

Although business has started up again, it’s not as it was before. Exporting the strawberries to overseas markets remains difficult, as the rates for airfreight have increased between 40%-80% compared to last year: “The European market will be our focus this season, as it was during the first lockdown in the previous season. Shipping overseas isn’t really viable at the moment for most destinations, due to higher airfreight rates, who can’t pay an extra 1.00-1.50 euro per kilogram. Instead they’ re looking to import from other markets. The Asian market, for example, will divert to getting more strawberries from the United States or South Korea.” Nafpliotis explains. 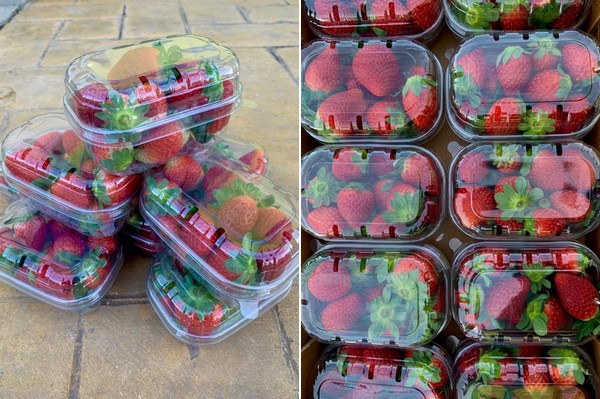 Although Greek and Fresh will have its sights on the European markets mostly, there is still hope for reaching the overseas markets in 2021, if there’s a timely vaccine. “Hopefully there will be a widespread vaccination by May of 2021 and we’ll see air freight rates return close to normal then. If that happens, there is still hopes of shipping our strawberries to our main overseas markets. Otherwise we’ll have to focus all our efforts to the European market, which still has lots of opportunities for Greek strawberry traders.” Nafpliotis concludes.