The value of citrus fruit grows thanks to its health benefits

Citrus fruits have significant beneficial effects for human health, also deriving from the extraction of properly-processed pectin. But how is it processed? Professor Mario Pagliaro from Cnr answered this and other questions.

"Except for a minor quantity obtained from the residue of apple pressing, the almost entirety of commercial pectin is extracted from lemon peel dried with an industrial process that uses mineral acids and alcohol. The new processes we developed with colleagues from Cnr in Florence and the Lisbon Polytechnic Institute use only water and electricity to generate hydrodynamic cavitation or microwaves with which we obtain a form of natural pectin that maintains its peculiar branched chemical structure and the compounds for which citrus fruits are well-known, i.e. terpenoids and flavonoirs - pluripotent small molecules from a biological point of view." 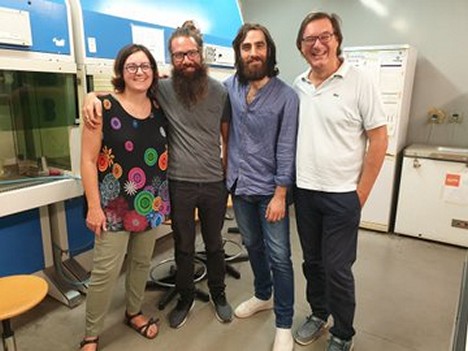 FreshPlaza (FP): What are the consequences from a practical point of view?
Mario Pagliaro (MP): "It has surprising consequences. Together with the team of microbiologists guided by Valeria Alduina from the University of Palermo, we discovered that the "IntegroPectin" obtained via the hydrodynamic cavitation of the industrial pressing waste of grapefruits grown in Sicily with organic cultivation methods by Francesco Meneguzzo's team at Cnr in Florence is a powerful large-spectrum natural anti-bacterial, capable of rapidly killing pathogenic bacteria dangerous for human and animal health such as Staphylococcus aureus and Pseudomonas aeruginosa strains. Though these results were obtained in vitro, they open new perspectives for the treatment of polymicrobial infections."

FP: For what reason?
MP: "For three reasons. Because it can kill Gram-positive as well as Gram-negative bacteria, unlike conventional pectin that only kills Gram-negative bacteria. Because the bactericidal action mechanism - which we only hypothesize after observing the morphological deformation of bacteria through scanning electron microscopy - could prevent the antibiotic resistance phenomenon observed with many synthesis antibacterials. And, finally, because it is completely free of cellular toxicity, unlike many synthesis antibacterials that cannot be commercialized due to their high toxicity."

FP: What consequences would it have?
MP: "It would pave the way to the treatment of polymicrobicrobial infections due to the joint action of Gram-positive and Gram-negative bacteria very frequent in hospitals. Exactly like Staphylococcus aureus and Pseudomonas aeruginosa, bacteria form a biofilm made up of exopolysaccharide matrixes that makes them resistant to the action of multiple antibiotics."

FP: What are the medical applications of pectin?
MP: "The antimicrobial and curative properties of pectin were rediscovered in the early 2000s in Russia and in former USSR countries, where pectin formulations were successfully used to accelerate the healing of post-op wounds and burns as well as to decontaminate the population residing near the former nuclear plant of Chernobyl from heavy metals. We now know that pectin is also a powerful immunomodulating agent and a healer of intestine tissue. Plus there are many research activities being carried out in the pharmaceutical and nutritional fields."

FP: Do we have facilities producing pectin in Italy and how many kg of citrus fruits are needed and of what species or varieties to obtain a suitable quantity?
MP: "There are many of them. They are usually located in territories where citrus fruit is cultivated, e.g. in Sicily and Calabria. Over the past five years, the demand for pectin for human consumption has literally exploded, leading to a sharp rise in prices and problems with supplies despite the new groves. Everybody employs traditional technologies, but we believe new green technologies are ready to be industrialized. We managed to obtain our IntegroPectin on a semi-industrial scale processing dozens of km of citrus pulp (grapefruit, lemons and oranges)."

FP: How much does one kg of pectin costs and where is it used?
MP: "It can cost up to 10 dollars a kilo. Pectin is a natural hydrocolloid, i.e. it is a substance capable of absorbing large quantities of water, forming a gel. On top of being used to make jams and candy, pectin has made it possible to produce drinking yoghurt. Together with many researchers from all over the world, we believe the medical, pharmaceutical and material uses of the pectin obtained with the new green extraction processes will soon exceed current uses. IntegroPectin, in fact, widens and strengthens the antibacterial activity of pectin, a polysaccharide found in almost all fruits and vegetables consumed by humans with multiple benefits for the health."