Market expected to be empty in early October, with no overseas supply and less competition from Turkey

The 2020/2021 Spanish lemon campaign has officially kicked off with the harvest of the first Fino or Primafiori, which after the due degreening process will reach the market in late September and early October.

The Fino lemon harvest will be 14% greater than last season, according to Ailimpo forecasts confirmed by official data from the Ministry of Agriculture and the Autonomous Regions in which the product is grown. The campaign is starting with an average price of €0.57 per kilo at origin for commercial lemons with a caliber of more than 58 millimeters. 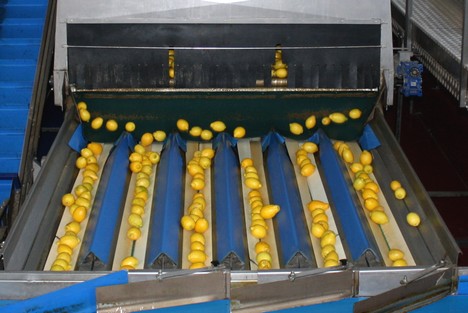 While at the beginning of last year's season sizes were predominantly small, this year's good weather conditions have made it possible to start the harvest with optimal sizes. In general, a higher share of the production is expected to be marketable.

"We started this new campaign with very good prospects, but with caution, since the COVID-19 situation is generating a lot of uncertainty at all levels," says José Antonio García, director of Alimpo.

“Between March and May, there was a spectacular increase in the demand for lemons as a result of the role that vitamin C is believed to play in preventing the flu. Then, over time, the demand has slowed down. We are going to see how the consumer reacts from now on and what kind of an impact the weather will have in Europe. At the start of the health crisis, the horeca channel, which accounts for an important part of lemon sales, was completely lost. Although the levels prior to the pandemic haven't yet been recovered, we expect the loss of those sales to entail an increase in household consumption,” says José Antonio García.

Argentina finished its lemon export campaign to Europe earlier due to phytosanitary problems, and South Africa's lemon stocks are already running low. “The stocks from the southern hemisphere are expected to be sold out in the first week of October, so we will find a fairly empty market. Also, it appears that the Turkish harvest is going to be smaller this year, which would result in a better demand for second class lemons in the Eastern European markets. However, we remain cautious," says the director of Ailimpo.

On October 9, a campaign co-financed with EU funds will be launched to promote the consumption of lemons in Spain. Promotional actions are going to be carried out in Spain, France and Germany, as well as in the United States and Canada, until the end of 2022.