Yellow dragon fruit, or pitahaya as its commonly known as in South America, has had a tremendous explosion of growth globally in recent years. "In 2011 it is estimated that there were 200 hectares planted. In June of 2020, that number was estimated to be around 3,000 hectares. Ecuadorian yellow dragon fruit is sought out for its sweeter taste, and the health benefits it provides. These benefits include high antioxidant levels and beneficial fatty acids linked with a healthy digestive system. The majority of people don’t know that chewing the seeds help absorb the oils that have medicinal properties that help clean out the colon," says Mr. Aviram Krell of Pitacava. 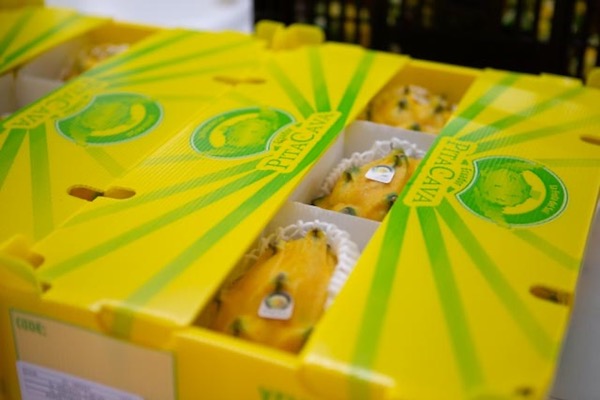 The Ecuadorian farm Pitacava has worked hard to contribute to the success of the Ecuadorian pitahaya. Pitacava has worked with the United States' FDA for over 6 years to get Ecuador the needed certificates to export into the United States. "It was a long and difficult process, but thanks to Pitacava’s stellar fruit quality and spotless postharvest area that the US market became available," says Krell.

Since 2005, Pitacava has been working to develop the standards of production which have been adapted in cultivators throughout Ecuador. Krell says: "Pitacava was also one of the main farms that worked with retailers in Hong Kong when the market was in its initial stages. Hong Kong is one of the world’s largest consumers of yellow dragon fruit today."

He continues, adding: "When I interviewed Dr. Canelos, the main director of operations at Pitacava, he mentioned that a major factor of his success was due to giving his employees the best tools that were available. His postharvest is linked online with his field hands. His seamless integration of agriculture and technology has allowed him to keep his operation of around 50 hectares coordinated and organized. He also said a large part of his success is due to his prediction software providing him an accurate idea of when he can expect his peak harvests."

A huge step in Pitacava’s success revolved around training the personnel who had never had access with tablets how to effectively use them. Today, the personnel are comfortable and feel at home working with new apps to meet the demands of the modern market. 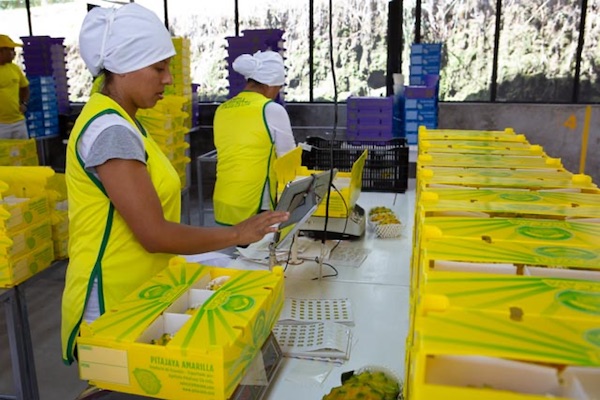