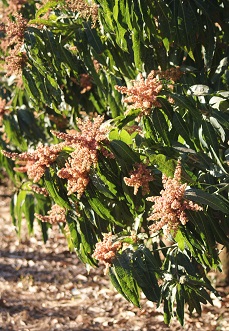 New Dawn Farming is a cluster of 18 mango and citrus farms spread around Hoedspruit in the Limpopo Province, awarded to the Moletele community after a lengthy land claims process.

In the orchards where mangoes are grown for export and local retail, the flowering is looking excellent and an “on-year” is expected. Their Valencia harvest ended three weeks ago.

Since 2013 the Lona Group has been in partnership with the Moletele Community Property Association (MCPA), bringing mango into its large citrus portfolio because this is one of the best areas for large scale commercial mango production in South Africa.

It has been a hard road getting the erstwhile commercial farms back into the game – and that’s not necessarily through any fault of the land beneficiaries.

These farms, as well as some other entities, were transferred to the Moletele community by commercial farmers according to the willing seller-willing buyer principle, putting 7,000 ha at the disposal of the community.

“They didn’t get top farms, many of the farms weren’t economically viable when they were transferred to the new owners,” explains Daniël Victor, general manager of operations at New Dawn Farming. “The farms weren’t in excellent condition to start with.” 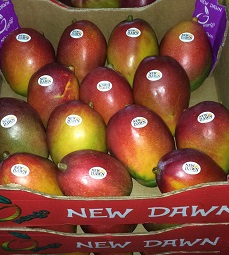 New Dawn Farming now consists of 225 hectares of mango and 370 hectares of lemons, grapefruit and Valencias, operating on, as Daniël says, the ‘bread-and-butter line’ of the industry. “We grow the fruit you buy in a supermarket.”

He emphasises that on citrus they have only invested in varieties that have proven themselves in the area, and he is doubtful of the area’s suitability for certain high-value soft citrus commodities.

Wind damage in their area can be fierce, on the picturesque edge of the escarpment where they are located, and it is not unknown to lose up to half of a crop in young orchards due to wind damage.

"This is where Lona has assisted us throughout. We have very good backing from Lona - if it weren’t for that we probably wouldn’t have survived. About half of the farms were covered by young trees just four years ago and they’re only now starting to bear. In the intervening years before the first crop, spraying costs and labour costs remain the same and have to be met, but for four years you’re not getting an income.”

He adds: “It’s only now that we’re at the turning point. For the next couple of years we’re expecting a 60% growth in volumes.”

The community is represented at all levels of management as well as on the board; skills transfer is a large component of the partnership and local community members get preference when vacancies arise. 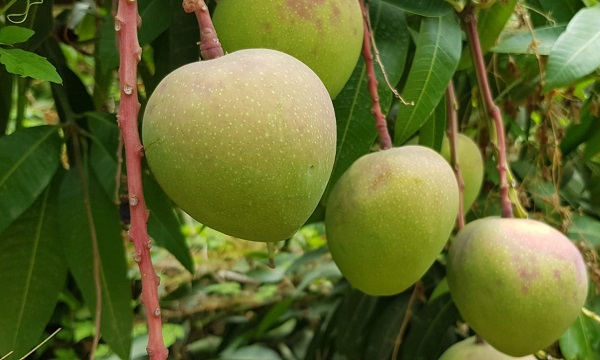 Mango exports, both fresh and processing
“This is an excellent area for mangoes,” he says. “We have made big strides in our mango marketing. Many doors have opened for us in the mango industry over the past two years, but it wasn’t always like that."

They have a variety of mango varieties: Tommy Atkins that starts the season in December, followed by Kent (the large fruit is suitable for fresh cut and drying), Sensation and Keitt, also for fresh exports.

They have their own mango packhouse and have been exporting mangoes for the past two years, mainly to the Far East (including China), the Middle East and Russia.

The mango packhouse being prepared for the new season; during the citrus season, which has ended, fruit for the domestic market is packed here

Locally, New Dawn Farming delivers significant mango volumes for retail. “We have established a good brand for our quality in the market.”

Lona has a majority share in M-Pak, a large mango drying facility in Hoedspruit and Musina. Mango drying is a good avenue for fruit with marks on the skin and is growing in importance for mango producers.

Fruit fly presents an increasing problem on both mango and citrus, but producers deal with it through blanket area-wide sprays applied by gyrocopter.

“We have established quite good foundations here, we’ve ironed out some wrinkles, and I think this will become a worthy enterprise in future.”