The North Carolina persimmons season is gearing up.

“We normally start mid to late September—our fruit comes off the tree a week or a week and a half before California,” says Josh Barnes of Farm Pak in Spring Hope, NC, noting that packing persimmons usually wraps up by Christmas. “Our fruit set this year is average. We’re just waiting for cool temperatures to let it ripen up.”

Barnes adds that the region saw some unusual weather swings in July and August. “We had a couple of nights in the 60s which is crazy for us. If we get something around 55-60 in mid-September, we might see this crop start to turn color and we should be ahead of schedule.” He adds that the sizing of the fruit looks average as well. “We don’t have a huge crop load, so the sizing is still there. We don’t normally thin, but we had some thinning in the summertime to help the rest of the fruit size up,” he adds. 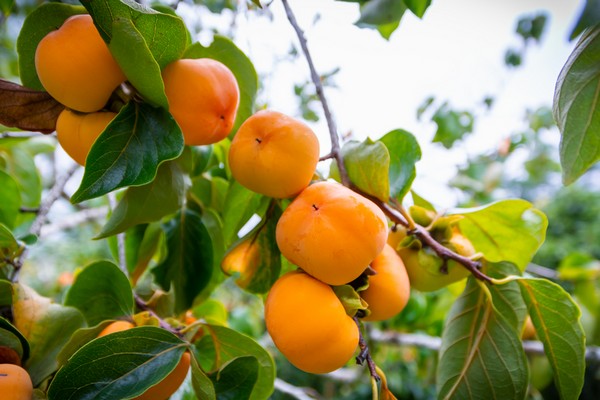 Changing planting strategy
Overall volume though for Farm Pak, whose acreage is 100 percent certified organic, is roughly five to 10 percent higher than last year. “We’ve probably tripled our acreage in the last five years,” says Barnes. “We’re also staggering our plantings in the last couple of years to see higher volumes and give the East Coast providers some more options.” Further investments into the crop include up to date, efficient irrigation technology to ensure uniform, tree-ripened fruit.

Demand, says Barnes, should be strong. “There’s been a steady increase in demand every year. We haven’t had a lot of trouble moving our product,” he says, adding that this year, given the increase in home cooking consumers are generally doing thanks to COVID-19, people might experiment more and try cooking with persimmons this year.

As for pricing, he believes it should be similar to last year’s pricing. “It will start out strong but then it will come down to a normal range,” he says. “It just depends on when we first pick compared to when California comes in with supplies.”