The pomegranate season in Egypt is now in full swing. According to one exporter the season is looking promising, especially when it comes to the Wonderful variety. Demand is high in an early stage, before the large volumes of competitors reach the market.

The Egyptian pomegranate season started a little bit earlier than last season for Egyptian fresh produce exporter Ciaro3A. According to CEO Aly El Gamil the Wonderful variety will kick off in about a week: “The Egyptian pomegranates season is looking promising this year. We started the season slightly earlier than the previous season. The 116-variety was ready at the beginning of August this season, where last season the first shipment happened later than mid-August. The Wonderful-variety is expected to start around the 10th of September.” 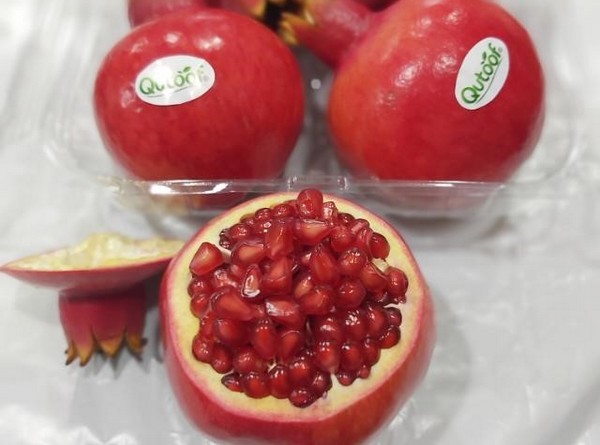 With three main varieties, the Egyptian pomegranate season is spread. “Egypt has three major varieties of pomegranates; Wonderful, 116 and Baladi, of which Wonderful is the main Egyptian variety. Egypt exported 247,000 tons of pomegranates last season, according to the General Organization for Export and Import Control and we're expecting to have same volume this season.” El Gamil says.

Getting the larger sizes of pomegranates has proven challenging this season, El Gamil explains. “As the Egyptian government has strict requirements on pomegranates that are destined for export, it means the farmers have to work hard to meet these requirements. The challenge that we faced with the 116 variety, was that the majority of sizes were small. This was a result of the weather conditions, but the positive side is that the internal and external quality is much better than the previous year. The brix was at a good level, although we started earlier this season. This move helped us to move the smaller sizes in different markets due to Peru ending earlier than expected.”

For Cairo3A, the main markets can be found in Europe. However there is heavy competition once Spain and Turkey start moving their bigger volumes. “At this moment Europe, Russia and Middle East are the main markets, especially before the Spanish and Turkish pomegranates start with large volumes. As for wonderful the markets, these are more diverse as there is a much higher demand for this variety.”

According to El Gamil, the pomegranate prices in Europe are not as stable as they are in other territories: “For the 116 variety, the demand is at the same level as last year, but the demand on Wonderful is higher than the previous season. Last season the clients were asking for wonderful from beginning of October usually, but this year we’re receiving inquiries from mid of August, especially from the Asian and Russian market. The prices in Europe are quite unstable for the 116. They started at a good level, but prices are dropping faster than expected. In other markets the prices are more stable and don’t change as much.”

“Egypt was one of countries that wasn’t affected as much by the pandemic, as we didn’t have a full lock down as per other countries. The movement of containers is easier now than it was during the citrus season. The level of ocean freight is at lowest level at this moment. The inquiries we are receiving for wonderful is giving positive impression on the volumes we will be exporting but this doesn’t mean that the prices will not be under pressure due the volumes coming from other producing countries like Turkey, Spain and Israel.” El Gamil concludes.