A New Zealand startup company is hoping to progress to the development of its partially automated fruit harvesting robotic devices in early 2021.

YieldTec founder Dr Khalid Salah says the company's mobile bin robots that will automate the logistics during the harvest, which will eliminate the need for additional resources such as tractor drivers, as well as reduce the administration and supervision needed for the workers.

"Of course, we will still have the essential pickers around, but we can enhance productivity," he said. "We plan to implement some Internet of Things (IoT) devices to the picking buckets that will give information such as the location and the weight that is being carried. It will eliminate the need to walk to a fixed bin, as it will be coming to them. Everything will be recorded through the Smart Bags or Smart Buckets which they will pick to. The mobile bin robots can also be used throughout the whole year to automate spraying through the orchard and vineyards with pesticides and fertilizers." 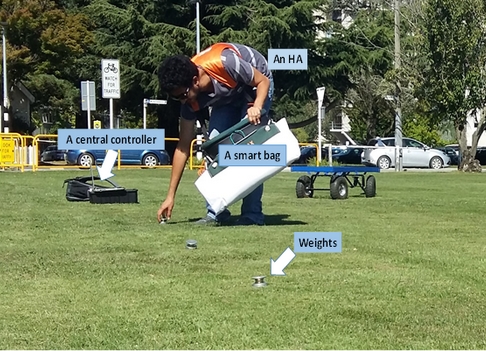 Photo: Concept testing at the University of Canterbury

The company is currently developing its products as 'minimum viable product’, starting with its cloud-based software to host the robotic and IoT devices, and the users' accounts, as the system will be managed by mobile web apps. The actual mobile bins will follow next year, depending on the announcement of potential funding from the NZ Government's Ministry for Primary Industries.

YieldTec was launched in December 2019 and came about from Dr Salah's PhD research at the University of Canterbury, looking at the automation in harvesting such as fruit picking. It took three years of research to develop the concept, through various simulation models and orchard types and sizes. One of the key findings was that full automation is not really practical for outdoor farming.

"Part of the research was how we can prove that a collaborative system is worth looking at," Dr Salah said. "It can reduce costs and the severity of impacts of labour shortages. Full automation is not looking promising at all. The idea of fully eliminating workers hasn't been practical in the past 70 years, and there have been hundreds of prototypes of full automation that have never been commercialised. They were proven impractical and unreliable and there have been quality issues, such as damage to the fruits and not being able to fully pick the trees." 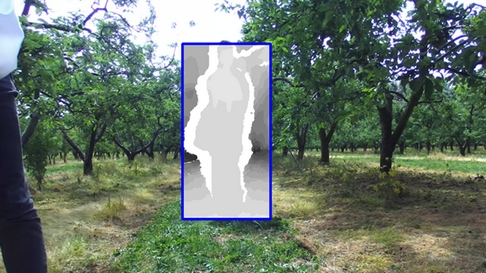 With the aim around harvest management, plans are for the bins to weigh around 100 to 200 kilograms and have the capability to carry up to 400 kilograms, and could potentially save growers up to 60 per cent in harvest costs. At least two major fresh produce companies in New Zealand have also shown significant interest in adopting the system.

Dr Salah adds that YieldTec is looking at increasing the productivity of workers by 20 per cent, not only through the mobile bins but also through wider online technologies such as mobile apps, which will assist with issues such as outsourcing and planning. 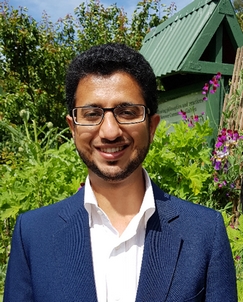 "Whenever a grower wants to set up a harvest date, they could just post an advertisement and anyone using the YieldTec services or subscribed to our platform will be able to see that and negotiate dates, times, wages and locations," he said. "When they come into the orchard, they will then utilise the Smart Bags which will record the performance and the timesheet as well. So, there is a whole range of automation around using the YieldTec solutions; from sourcing reliable workers to automate yield mapping, monitor logistics, and harvesting."

YieldTec hopes that the mobile bins can be used across a wide range of horticulture products that require the intensive labour, hand picking in outdoor harvesting, from grapes to jalapenos and berries. 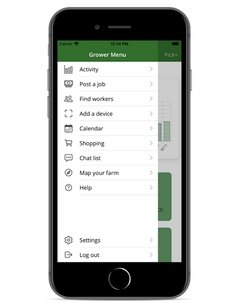 "We should be thinking out of the box and realise the issue of integrating automation into agriculture," Dr Salah said. "So, there are some areas where (full) automation might sound like the solution, but looking at it we still have to work with the human element. It would really help if we could introduce a collaborative system, and that's how YieldTec came about."