The Greek kiwi season is not as bothered by the world pandemic as some other sectors within the fruit and vegetable trade. The Greeks have produced more kiwis than ever before, and business has continued even after the Greek government announced extra measures to fight the virus. Greek kiwi exporter Proto feels next season could have even more volumes, up to 300,000 tons if the weather is favorable.

Despite everything that’s going on in the world, the Greeks are having an exceptional kiwi season, say Nikos Pardalis and George Kallatsis of Greek kiwi exporter Proto. “The Greek season has been pretty normal. In the beginning of the season, sizes were expected to be smaller than last year. However, it turned out that the average weight was around 100 grams, similar to the previous season. The average shape of the fruit was not ideal, as flat and round kiwifruit were present in a larger than usual percentage. Botrytis was also present both in Greek and Italian fruit which affected the packing process, but the overall quality outcome was normal without major issues.” Pardalis explains.

The demand for kiwis has not dropped with the coronavirus in mind. According to Pardalis, there has only been one small period where volumes exported had a small dip: “Sales were very strong from the beginning, we experienced a small decline in January, but it has picked up again after the mid of February and continued at the same and even higher tempo. This has been an exceptional kiwi season and is a big step towards establishing Greek kiwi as the major origin of the Northern Hemisphere. Greek production was significantly larger this season with approximately 220,000 to 230,000 tons, an increase of about 50,000 to 70,000 tons in comparison to last season. Proto managed 15,500 tons, which was the biggest quantity of any Greek packer.” 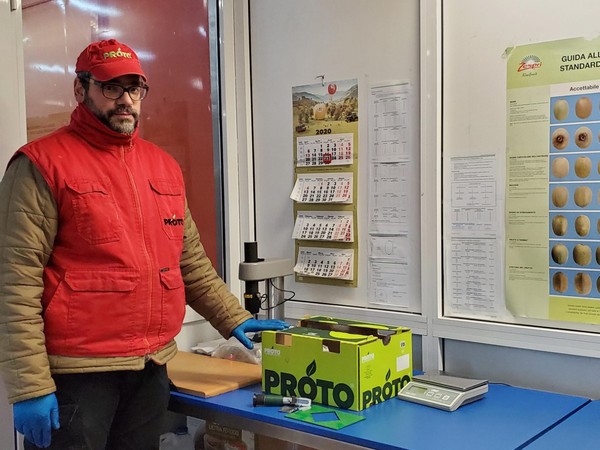 Some companies are struggling with the measures of their national governments in place, but this hardly had an effect on Proto’s business, Kallatsis says. Exporting has still been possible and the company is preparing for even more volumes next year: “Proto has not been affected by the Pandemic, has not stopped its operations and has had no recorded cases of Covid-19. The Kiwifruit season is about to end for the company with limited quantities remaining, which will be diverted to European destinations.

During the season, Proto has shipped its kiwifruit to global destinations including USA, Canada, Indonesia, Hong-Kong, the Middle-East and Europe. The upcoming months are all about growing proper Kiwifruit for the 2020-2021 season. It is too early to tell what the next season will look like, but we’re confident that Greek quantities will be even larger; weather permitting the country could reach 300,000 tons next year.”

Changing the mindset on the work-floor to meet the new social distancing requirements wasn’t hard for Proto, as some of the recommendations were already common practice within the company: “The company had already established all major quality assurance schemes for several years, so adapting to more strict hygiene measures wasn’t very difficult. Given that the Greek government responded quickly to the Pandemic, our company took additional hygiene measures to the already existing ones on the same day lockdown and other measures were enforced.

"The company already had a Medical Doctor who monitors the health condition of our staff and single-use gloves were already part of our PPE list. We go through daily staff informing on the Covid-19 situation in Greece based on the government announcements and daily staff training, we added hand-sanitizer stations to key locations, added instructions posters, position all staff in working stations 2 meters apart, fully restrict access to non-company personnel, monitor staff body temperature while a licensed contractor is disinfecting our facilities,” Kallatsis explains. 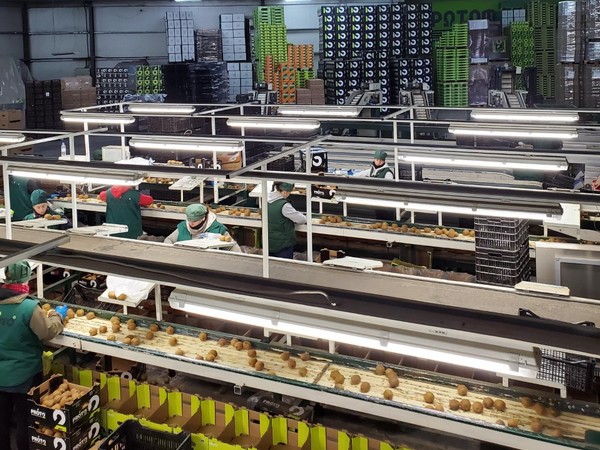 One downside is not being able to be as hospitable as they’ve always been. But for that the company is implementing digital solutions. “Proto is known to be open to all visitors and has hosted numerous visits from clients, Greek and foreign government officials, universities etc. We are saddened by the fact that social distancing is now the norm but we are already set up to host remote access to our customers.”

Pardalis is confident the Greek kiwis have a bright future in the global market. “Greek kiwifruit are getting more and more attention in the global markets every season and Proto is proud to play an important part in the Greek kiwifruit success. That is important for all Greek growers and Greek packers to keep up their efforts to supply certified, high quality, properly packed fruit to worldwide destinations.” he concludes.