Alejandro Peiró: "South Africa will find a good market, but what will consumption be like?"

"These high citrus prices are dangerous for trade"

The demand for citrus fruits has increased exponentially since the COVID-19 crisis started and prices are reaching unprecedented levels. "From January to the end of February, the citrus campaign had been quite average, compared to the period from October to January, when there had been a very good demand, especially for clementines," says Alejandro Peiró, manager of the Valencian citrus producer and marketer Peiró Camaró. 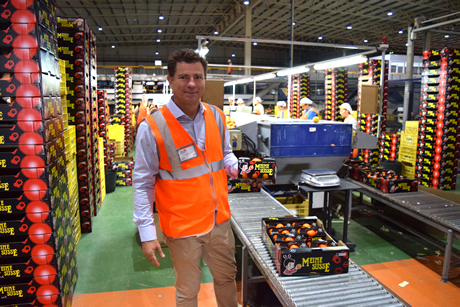 “Although the price of oranges had been falling until the end of February, standing at an average of 25 cents per kilo, it began to rise after the outbreak of the pandemic, reaching up to 60 cents per kilo at origin, mostly due to citrus consumption being usually associated with colds and the flu. We don't know if they will continue to rise and what the ceiling will be, but I think that such high prices can be dangerous for trade.”

According to the manager of this company, which has a significant presence in the German market, the situation between trading companies and intermediaries or large retail buyers has been tense. "The fruit's purchase prices have increased a lot, and so has the cost of harvesting, handling and packaging, given all the mobility restrictions and hygiene measures implemented to prevent the spread of the disease. We are fully assuming those costs and some buyers just don't want to understand. Sales prices are higher now, but it is worth recalling that due to the constant rains there has been a significant drop in the production, which is further reducing the profit margins. It is not an ideal situation for us.” 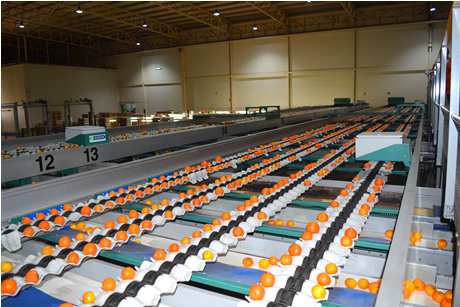 Something that seems to have contributed to the great upturn in the demand for Spanish citrus in Europe is the relative lack of Egyptian fruit. “At the beginning of the Egyptian campaign, Spanish exporters were concerned about the effects that the closure of the Chinese markets could have following the outbreak of coronavirus. However, when China started to open its markets in March, Egyptian orange exporters refocused on China and have also been shipping quite a bit to Russia, leaving the European market fairly empty and without much competition," says Alejandro Peiró.

“South Africa and Argentina are going to find a fantastic market when Spain finishes; clean of stocks and with high prices for their first exports. However, it should be taken into account that due to confinement policies, many people are losing their jobs and purchasing power is inevitably falling. Will fruit prices in supermarkets be sustainable in the medium term? Also, even if the borders are reopened, will tourism go back to what it was? I think Spanish consumers are going to demand cheap and seasonal products this summer.”

Normally, Peiró Camaró finishes its campaign between May and June, but this year it will happen earlier.