Rising costs, limitation due to rains and increasing tension with buyers

"There is a huge demand for Spanish lemons"

Since the outbreak of the coronavirus crisis in Europe and the rest of the world, the demand for lemons has increased enormously. The Spanish supply, which currently dominates the European markets, has been limited by a smaller harvest this year. The sector has also had to deal with other obstacles, such as the current hygiene and lockdown measures and the persistent flooding in some areas. Prices at origin have gone up, but processing costs have also risen exponentially. 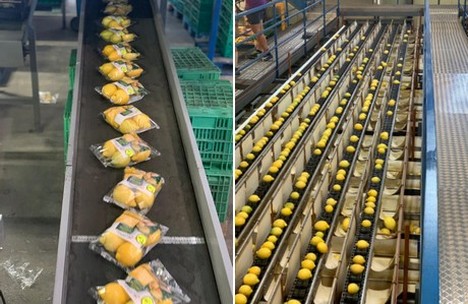 "The demand for Spanish lemons is huge," says Martina Lípová of the commercial department of the company Hijos de Alberto del Cerro from Murcia. “Due to the impact of frosts, the Turkish season ended earlier this year, and South African is supplying limited volumes at high prices. Consequently, Spanish lemons are in a good position in the European markets and everyone wants them right now. It looks like the market won't calm down until the Argentinian lemons arrive.”

Studies have been published stating that patients that consume lemons and other citrus fruits with a high vitamin C content are better equipped to deal with the coronavirus disease, as the immune system is stronger. This, together with the fact that the product stays fresh for longer than many other fruits, has made lemons popular.

However, lemon prices in the supermarkets are not rising as fast as the costs, and this, together with the shortage caused by the rains of the past few weeks, is resulting in a tense situation with the clients. “Production costs have multiplied overnight. We are trying to reorganize the orders so that all customers have access to the product,” says Martina. 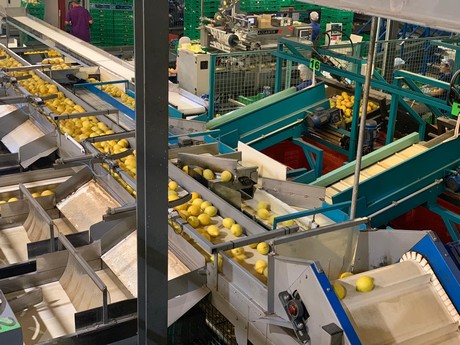 “Spain has been in lockdown for 3 weeks. People must remain at home for the duration of the emergency, except those working in vital sectors. In the first week, Eastern European countries recorded a greater demand for Spanish lemons. Normally, they are more prone to buy from Turkey. Still, the situation was under control until orders started arriving from France, the United Kingdom, the Netherlands and Germany in the second week as a result of the hoarding behavior in those countries.”

"At the same time, the production process has been slowed down by the compulsory hygiene measures and restrictions, such as social distancing, in the orchards and packing stations. Since our people are used to carpooling to work, many have been fined. In general, we have dealt with many complications that have driven us to a desperate situation. We were finally able to get our pickers to the workplace without fines. We are working with about twenty fewer people in the packing station. We start at 7 in the morning and stop at midnight. We do two shifts to reduce the risk of contamination. Furthermore, the weather conditions are really disappointing. Last week it rained a lot and floods were reported in some places. We could not help but stop the harvest. This week, it is still raining. Things aren't easy, but we are doing what we can. We are morally obliged to meet the demand for agricultural produce," says Martina.