Supplies of Roma tomatoes out of Mexico are somewhat lower than last year to date.

“While supplies have been steady, it’s not a typical year,” says Mark Cassius of Modern Veg Farms LLC in Rio Rico, Az. “There’ve been many weather events that have kept supplies lower. There were also fewer tomatoes planted initially because of the question around the implementation of the new suspension agreement.”

Modern Veg is currently growing in West Mexico (the Sinaloa region) and is also starting some production out of some northern regions. 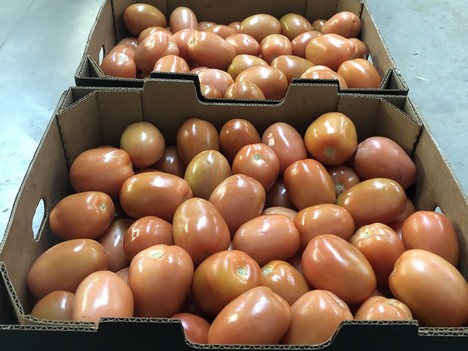 Developments in demand
Those lower supplies however are being met with changes in demand for tomatoes related to the COVID-19 outbreak circling the globe.

“During the last two to three weeks, there’s been a big frenzy where demand outpaced supply,” says Cassius. “Initially, there was a big demand to fill because people were concerned about being locked down and not being able to shop. Consequently, we saw demand on fresh produce increase across the spectrum.”

However, that’s turned around somewhat the last week. “It seems to me there’s a bit better demand on the foodservice side this week, albeit not quite where it should be,” says Cassius. “Restaurants have worked through some of their inventory with their takeout and delivery business, etc. I don’t think it’s replacing their typical business though, but it’s been steady. Maybe people have cabin fever and are growing tired of preparing their own meals so they’re ordering in a little bit more again.” 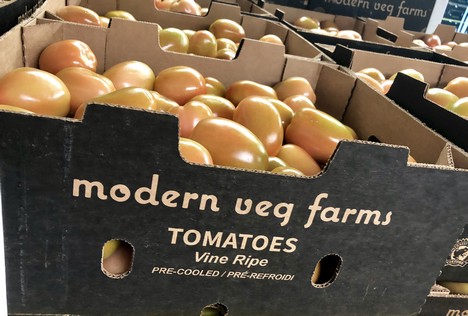 Grocery store logistics
At the same time, demand has slowed at retail this past week since buyers have somewhat stocked up on inventory. “Also, there were challenges with bottlenecks at the grocery stores. Many retailers had to determine how to get all of their product to the stores to keep the shelves stocked. A few major retailers focused on filling only their top 60 core products to ensure they delivered those into their stores because they had limited resources in terms of logistics capacity,” says Cassius. “That was a challenge as well.”

While pricing had been higher, it has come down on Roma tomatoes. “There’s been a lot of inflation across most of the vegetable category this year including tomatoes,” says Cassius. “Currently prices are typical for this time of year and we’re hoping our customers recognize this is the best opportunity to promote tomatoes. Pricing is at the lowest point this year thus far and quality is excellent.”

Cassius is waiting to see if these factors also help boost demand on tomatoes. “We’re expecting demand will pick up again and I think we’ll see movement in the pipeline, maybe in the latter part of this week and into next week,” he says. “We’ve got Easter and Passover coming up. I’m not sure people will eat out but I imagine that there’ll be small family gatherings at home so hopefully we’ll see some traction on demand.”