"It's a bit like a radar used in identifying different aircraft...but it identifies where the bees are"

With poor pollination costing growers millions of dollars each year globally, an Australian startup company has come up with a new innovation to help address the issue.

Bee Innovative has developed a radar-like sensor called BeeDar, which is placed under a drone and is able to track bees in a crop of any size; from a small orchard to a broad-acre crop.

"Effectively, what BeeDar does is allow farmers or producers to measure where the bees are pollinating, and importantly identify areas where bees are not effectively pollinating," CEO David Lyall said. "Pollination, for most people, is something that happens in the background, and they are not really aware, but when you look at it, 75 per cent of crops that grow food and fibre involve pollination. So, it's a critical part of the agricultural system." 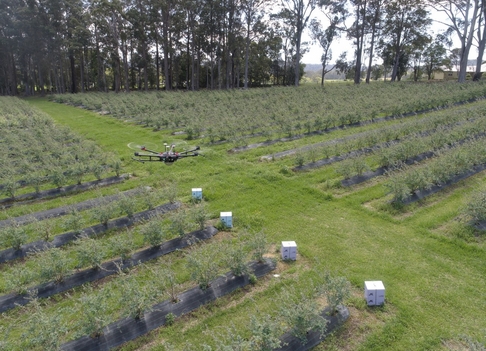 Mr Lyall explains the BeeDar unit works in a similar way to technology in the aviation industry.

"It is effectively a radar-like sensor," he said. "It emits a signal which bounces back off a bee and we use the information to measure where the bees are in the crop. We then convert that into a form that the farmer can intuitively see where the bees are working or not working. It's a bit like a radar used in identifying different aircraft; a fast-moving military jet has a different signal to a large passenger jet."

One critical aspect of the new technology, according to Bee Innovative, is that it provides the information much faster, and in a way that a farmer can act upon in that season before it is too late.

"Traditionally, producers have to wait until flowering and pollination had finished, and they had walked their crop to see the fruit set before they found out if it was a good or a bad pollination year," Mr Lyall said. "By that stage, it is too late to do anything. What BeeDar does is that it allows farmers to see early enough where the bees are not working, and using this information to ensure bees are working across the entire crop, not just in sections." 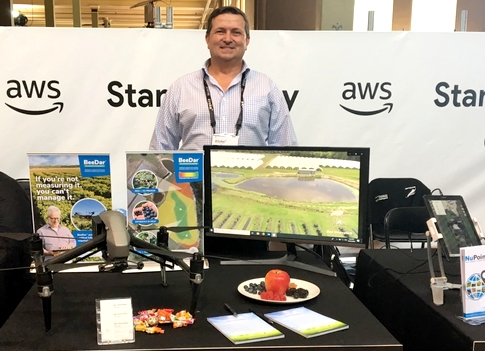 BeeDar can be used on a wide range of horticulture crops, especially intensive high-value crops where getting pollination right is vital. The company has worked with blueberry crops in New South Wales, and Mr Lyall says the difference between a well pollinated and poorly pollinated crop could be as much as 500 per cent improvement in productivity, in terms of fruit volume and size.

"75 per cent of berries in the well-pollinated area was graded in the premium category, and returned a premium price for the grower," he said. "In the area that wasn't well pollinated, there was a lower number of fruit and around 50 per cent of fruit was graded as too small for sale. So, effectively the producer has gone through all that effort through the year and they get no return."

Apart from its work in horticulture, Bee Innovative has a major trial in sunflower crops in North America, while the interest and uptake in Australia have been strong.

"Our business started over a cup of tea," Mr Lyall said. "Being beekeepers ourselves, we hired our bees out for pollination services and we were often asked by growers asking: how many bees do I need and where do you think I should put them? The growers are experts at every other aspect of the crop, but they weren't quite sure on how to manage the bees maximise pollination. Bee Innovative provides the technology, so the farmers have the tools to see what's happening and getting the best yield possible."