Supplies of asparagus out of Mexico are ample after a slightly late start to the season.

While the season began at the end of January, a freeze in Mexico on February 4th slowed production down somewhat. The season is predicted to wrap up in mid-April. “Our asparagus from Caborca, Mexico are looking very good. We are pleased with the quality and volumes that are crossing into the U.S.,” says Carlos Solf, director of procurement for Southern Specialties based in Pompano Beach, Fl.

Volume is solid and Charlie Eagle, vice president business development for Southern Specialties notes that the asparagus, which is offered in 11 lb. and 28 lb. cases, is coming in at promotable volumes given that supplies are at their peak. “We have expanded our acreage about 30 percent a year for the last several years,” says Eagle, who adds that it’s also an importer of asparagus from Peru. “And this year we again expect to increase 30 percent in volume.” 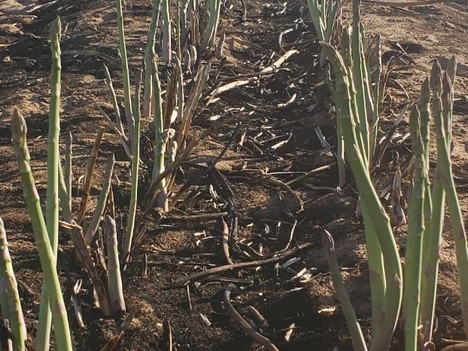 Peru arrivals
Meanwhile Peru is set to ship asparagus mid to late-March, depending on the strength of the markets.

All of this volume is meeting good demand for the vegetable. “There’s a lot of product available so we’re pretty pleased with the way the product is moving right now,” says Eagle.

As for pricing, it has seen some fluctuations but it is now sitting at attractive pricing given the volume available, says Eagle. “Last year peak production came in later so prices were higher,” he adds.