Fig production in Mexico to increase

Supplies of figs out of Mexico continue to be steady.

Paul Catania of Catania Worldwide based in Mississauga, Canada notes that the season out of Mexico, where Catania grows its own figs and works with local growers, begins mid-October and runs through to mid-May. Following that, production switches to California starting mid-June and goes to mid-October.

Right now, approximately 95 percent of what is produced in Mexico are Black Mission figs while the remainder are Brown Turkeys. “But we’ve planted some more and we’ll have more Brown Turkeys available next year,” says Catania.

Catania Worldwide isn’t the only one adding acreage. “There are many others starting to plant in Mexico so moving forward, there will be a lot more figs coming out of there,” says Catania. “That will impact the Mexican deal as well as the California deal.” This is on top of competing with imports into North America which come largely from Peru over December-January, Brazil and starting around now, Chile as well. 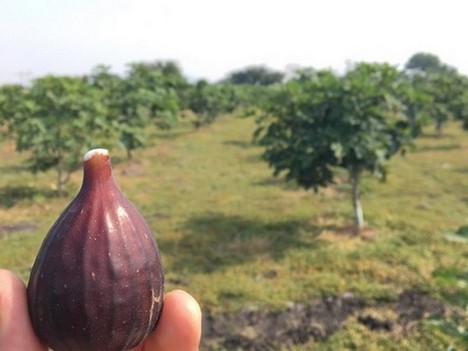 Easter demand
That said, demand is steady for the fruit that tends to see greater demand over the Christmas season as well as Easter. “The demand falls off a lot in January but we’ve maintained our volumes. We’re not leaving fruit on the trees because we can’t sell it. And then it begins to pick up in March again,” says Catania.

As for pricing, it tends to stay steady on figs throughout the year and is similar to last year at this time. However, that could change. “Figs are one of the only commodities I deal with where we don’t have to change our price,” says Catania. “But I think this will change when there’s more competition. That will influence the market in the coming years.”