“It was unseasonably dry for us in the late fall which is when we’re planting every item in Florida,” says John Alderman, assistant sales manager for East Coast sales with Duda Farm Fresh Foods based in Oviedo, Fl. “It was dry with spurts of large rains rather than steady rains. It created challenges but it didn’t affect us starting on time at all.”

Currently, supplies of leafy green items are steady and Duda is peaking on supplies of radishes. “In the next eight to nine weeks, we’ll start to peak on our corn supplies. Right now, volumes are steady,” adds Alderman.

This year, demand overall has been steady for Florida vegetables, though this year’s celery supplies look particularly ample. “With celery, our acreage is the same but because there was such a craze last year, every nook and cranny in North America has planted celery which has affected supplies,” says Alderman. “But demand is still there for celery, for juicing and for everything that created the demand as of last year. There’s a bit of oversupply at the moment.”

That said, organic celery is a high-demand item for Duda and it sees growth in this organic celery category. Duda is also in the research and development phase on organic leafy greens. 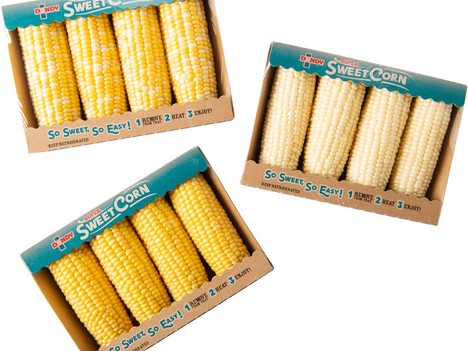 Steady, good pricing
All of this means that pricing for leaf crops were good in December and January. “The celery market has essentially been flat since we started and below average. Radishes have been steady for pricing, availability and demand,” says Alderman. “Sweet corn prices have been above average for the entire winter. They’ve been relatively stable. It’s almost that the pricing we had in late January is pretty much what they are today.”

Looking ahead, Alderman notes the unseasonably warm temperatures that Florida has seen recently may be offset by the coming forecast. “The heat certainly accelerated the crops but now we have cooler temperatures projected for the next 10 days to two weeks,” says Alderman. Meanwhile leaf items are predicted to end April 1st and organic celery will also wrap up at that time. Conventional celery supplies though will go to April 20th, possibly even the last week of April.

As for corn, now that the freeze window for sweet corn is past, sweet corn volumes will build as Duda looks ahead at Memorial Day, when the big push starts for Florida sweet corn. “As it gets warmer, I expect volumes to increase and for that market to have a correction and see more traditional wintertime pricing,” says Alderman. “Corn pricing is much more competitive in the spring so we’ll probably see that here in the next three weeks as we get into the middle of March. Our focus in the next month will turn from leafy greens and celery to sweet corn and May will see large sweet corn shipment periods.”

Duda will be exhibiting at SEPC this weekend. Visit the company at booth 418.