Conditions were mixed for cool-season vegetable-producing areas of the state, with the Rio Grande Valley and Wintergarden both experiencing weather that led to a less-than-optimal start to the season, according to Texas A&M AgriLife Extension Service experts.

Dr. Larry Stein, AgriLife Extension horticulture specialist, Uvalde, said drought conditions in the Wintergarden area continued to stress cool-season crops, including cabbage, spinach and leafy greens. Much of the region had received intermittent and spotty showers but no significant rain since June. Providing the crops enough water to emerge and grow has been a challenge so far, Stein said. But he reported a good rain arrived late in the reporting period. 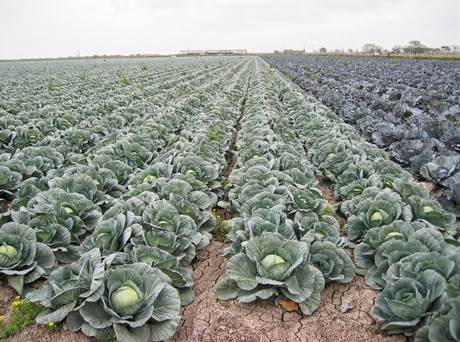 Rio Grande Valley
Dr. Juan Anciso, AgriLife Extension horticulturist, Weslaco, said planting in the Rio Grande Valley was stalled somewhat by a rainy September. He said growers utilize irrigation from the Rio Grande River and nearby lakes, so rain is typically not needed and can hurt more than help.

“Producers typically start planting cabbage and celery in early September, and it looked like the first few weeks might delay the crop, but everything got back on track,” he said. “So, on the whole, the rain didn’t delay planting.” Valley producers grow a wide variety of cool-season vegetables, including cabbage, onions, leafy greens, celery and carrots.

Anciso said it is too early to tell how many acres of cool-season vegetables will be planted in the Rio Grande Valley this season. He suspects it will be as much or slightly more than last year because vegetable prices were strong across the board.