Florida growers will soon be busy harvesting and shipping vegetables again. By mid-October, Florida squash will begin making its appearance in the market following Georgia which is in season now. Both states have recorded ideal weather conditions for the squash crop, with very little in the way of extreme weather events that can sometimes plague the Southeast in late summer and into fall.

"Florida will be starting on its squash deal less than two weeks from now," shared Tom Nicholson of Ben Bud Growers. "Georgia has already started and for Florida, the starting point will be around the Plant City area in mid-October. Then the central areas will begin at the end of October, followed by South Florida in early November."

It's not just squash that is set to begin, with Nicholson explaining that cucumbers, peppers, and green beans are just some of the vegetable items that will begin their seasons in Florida by early November.

Market set to improve
With the late summer and early fall local deals still firmly established, the squash market has been very weak. Low prices have been seen in most markets. But there are signs that these regional deals are starting to ease off as cooler weather takes hold in the northern parts of the US, and Florida growers are hopeful that market conditions will improve soon. 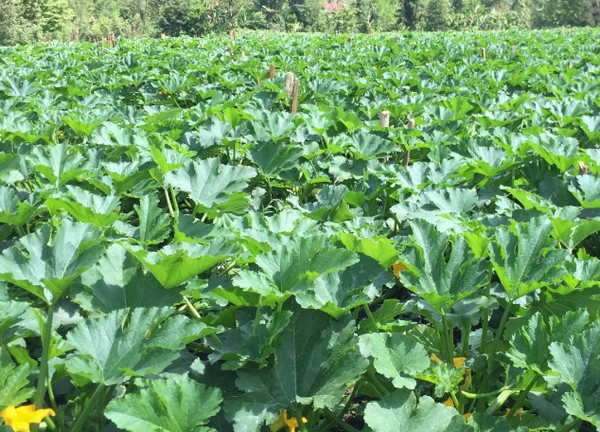 "The squash market has been terrible, with no movement," Nicholson noted. "With the local deals, a lot of growers are still carrying squash and prices have been very low. However, we have seen a sudden decrease in supply which should prompt the market to stabilize and get to a point where farmers can make some money again."

Biggest pressure will come from Mexico
All things considered, the lead up to the Florida squash season could be considered promising. Excellent growing conditions bereft of extreme weather, along with the potential for an improved market has laid a solid foundation for this season's programs. The challenge, Nicholson said, will be the volume from Mexico.

"The growing conditions have been great," he shared. "But the biggest pressure will be whatever is coming out of Nogales. Mexico seems to be growing more and more each year so they are having a greater influence on the market. At the same time, there are fewer growers in Florida each year."