The California lettuce deal has been a challenge lately as growers battle with varying weather conditions and the consequences related to this. Right now prices are high with volume not consistent enough to maintain any decent momentum. Growers say the situation is not likely to be resolved for a few more weeks at least.

"The market has been elevated for the past couple of weeks and looks set to continue for at least the next two to three weeks," observed Mark McBride of Coastline Family Farms. "It's all related to the extremely hot days we had in early to mid June, when we reached 105 degrees here in the Salinas Valley. In addition to it being hot during the day, overnight temperatures were also very warm. So all the lettuce that was harvested and is still being harvested has shown signs of stress." 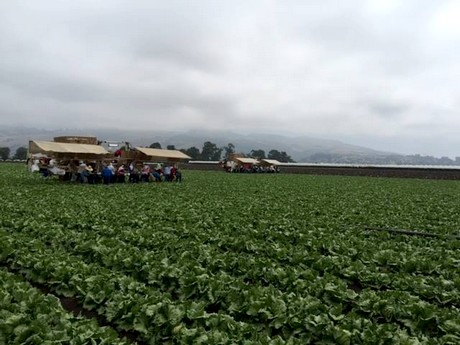 Small and large sized lettuce
One of the side effects of the heat has been the reaction of the plants. Some have grown "large and wild", as McBride described, while others are producing smaller heads. This is having a direct impact on yields and one of the primary drivers of the market right now. It's also causing a few problems for processors that are sourcing lettuce for salad and other products.

"The heat dramatically affected the plants," McBride said. "Some responded by making smaller heads, while some became large and 'wild'. Neither of these lend themselves well to packing and it has disrupted the pounds per acre measure for some of the processors. Volume has been up and down, with some weeks producing a lot of volume while other weeks are very light." 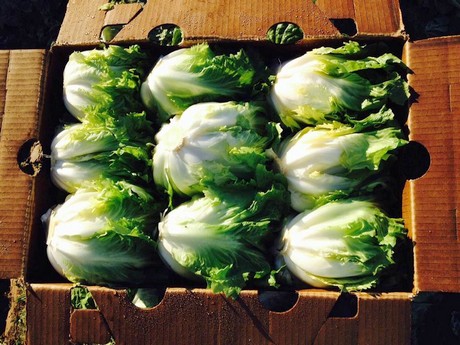 Prices are high
As mentioned, lettuce prices are quite high at the moment and the expectation is for it to stay that way for a few more weeks. As with most regions in the United States, California has been subject to some unusual weather patterns this year, which has created a challenge for growers.

"Out of all the lettuces, iceberg has probably been the most affected by the variable weather, followed closely by Romaine and also Green Leaf lettuce," McBride shared. "Right now, prices for Green Leaf are between $22 - $26. Romaine is similar, between $24 - $26, and for Icebergs, market prices are between $34 - $37."