In a first-of-its kind marketing mash-up, the World Avocado Organization (WAO), California Avocado Commission (CAC), and Peruvian Avocado Commission (PAC) have partnered to sponsor the Michelin Guide for California launch event and 2019 Star Revelation, June 3 at the Paséa Hotel in Huntington Beach, CA. Notably, the avocado is the first non-processed agricultural product collaboration in the 119-year history of the Michelin Guide.

“Avocados are a top, trending menu ingredient,” according to Xavier Equihua, President & CEO of WAO and PAC. “It made sense, then, that several of the world’s leading avocado industry organizations would join forces to be part of this brand-new Michelin Guide, recognizing top California restaurants – many of whom feature our favorite ingredient on their menus.” 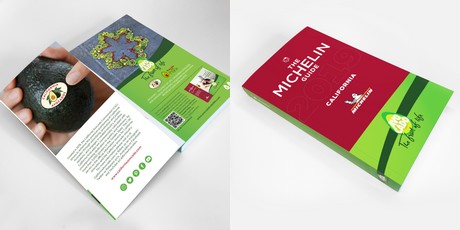 “The Hass avocado, which now accounts for about 80 percent of all avocados eaten worldwide, has California roots,” notes Jan DeLyser, California Avocado Commission Vice President of Marketing. “In the late 1920s, California grower Rudolph Hass revisited the avocado tree he had planted as a seed years earlier. The unique taste of its fruit piqued his interest, as it was richer and nuttier than other avocados he had tried. Soon chefs were clamoring for the black, pebbly skinned avocado, so he patented the Hass variety in 1935.”

Avocados are the only agricultural product featured in the Revelation. As part of the festivities, special edition cookbooks from the World Avocado Organization will be featured. Chefs awarded Michelin Stars during the Revelation will receive an “Avocado Star” tribute created by Colette Dike of Fooddeco, Holland. San Francisco Michelin Star awardee Mourad will showcase deliciously innovative avocado-inspired menu items, and avocado beer and avocado margaritas will be served. 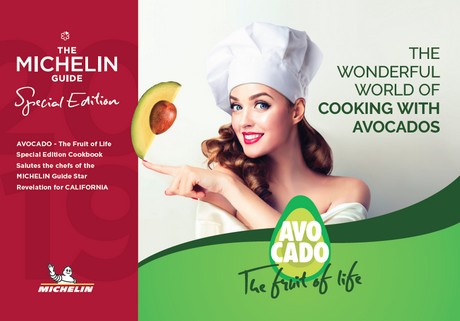 The Michelin Guide was first introduced in 1900 in France, and has since become a beacon of fine dining. Top restaurants can receive up to three coveted “Michelin Stars” for excellence. Michelin published its first American guide in 2005, for New York City. Guides were subsequently added for San Francisco, Chicago, and Washington D.C. The new Michelin Guide of California marks an unprecedented expansion, as the first regional guide of the United States. It will include restaurants in greater Los Angeles, Monterey, Orange County, Sacramento, San Diego, and Santa Barbara.

“We are extremely proud to help launch the Michelin Guide for California, and look forward to an exciting and rich collaboration,” added Xavier Equihua.