A unique Australian-developed atmosphere management technology system is proving to be very popular throughout the horticulture sector, with substantial growth in on-farm use across many regions nationally and overseas.

Airofresh is a patented highly intense oxidation module, driven by light, and combined light frequencies and specialized coatings, destroys all airborne contaminants such as virus, bacteria, fungi, mould and gas phase ethylene. One of the main advantages is the reduced need for post-harvest chemicals.

"Most of the other machines on the market are mostly based on ozone," Airofresh Intl Distribution Manager Desmond Muir said. "Ozone is not healthy for humans; you cannot go into a room that is running an ozone unit, but with this you can. What it actually does is destroys all moulds, bacterial infections and everything on the fruit and sterilises the rooms as well. It can be used in any environment that has a need to destroy and remove moulds, fungi and bacteria."

During the process ethylene is also destroyed very quickly, which is what degrades and shortens the shelf life of many horticultural products.

It was designed and developed in South Australia by Creative Research Technologies, which became Airofresh Intl, with the help of two in-house scientists. It was trialled for four years in the state, before it was launched commercially, and Mr Muir says it gave some very positive results.

"It is a reaction that is totally safe for humans and it is certified for organic use, so it ticks a lot of boxes," he said. "This was technology that originally came out of the NASA space program, and it was how they preserved food in spaceships and cleaned the air." 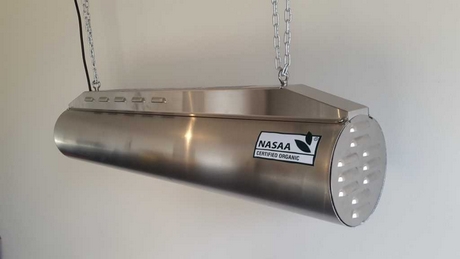 The machine comes in two sizes; the Airofresh Intl AF1000-unit has handling capacity of 250m3 storage space, while the Airofresh Intl AF4000 is good for storage rooms of up to 1,000m3. The system can be used from cultivation companies and storages to supermarkets, and the cost of a lightbulb to run on single phase 220V for the AF 1000 unit.

It is widely used across a variety of food industries in Australia, including dairy, meat, poultry and seafood. Within the horticulture sector it has already been used with produce such as strawberries, persimmons, cherries, citrus, stone fruit, melons, pears and apples.

Mr Muir is also the Varietal Manager for Kanzi Australia.

"It will treat anything that goes into cold storage," Mr Muir said. "We are focussed heavily on apples of course, and we recommend use it with the Kanzi variety. We don't allow 1-MCP to be used with the Kanzi apples. So, the alternative is Airofresh, which we find is beneficial to the product. One of the big things that it does is help eliminate moisture loss in fruit, which is big money. If you are losing up to 10 per cent of your product over long term storage that's a lot of money you are losing. As part of the testing process, I put persimmons in with apples, that in the past you cannot do, because persimmons are so sensitive to ethylene, we had them there for six weeks and there was no change. Without Airofresh, it would have been mush. So, you can mix ethylene sensitive and non-sensitive products together."' 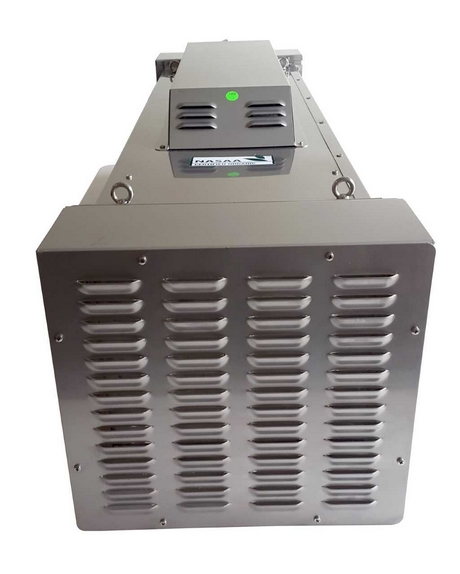 Mr Muir says very few other process that are capable of providing a sterile atmosphere and with a constant stable nitric oxide uplift enabling ethylene destruction and produce longevity. He added that Airofresh helps improve shelf-life of the produce.

"It minimises the rotting organisms," he said. "In normal storage situations, you can get one apple that goes rotten but it goes onto the next one, and the next one, and you end up with a nest of rots. With Airofresh it tends to dry it up, and if it does rot it stays intact and does not spread to the next fruit. It minimises rots, but nothing can eliminate rots completely, because when it is under the surface of the skin, nothing can prevent it. But what this does is dries it out and stops it from going to other fruits."

Airofresh is the recipient and winner of the prestigious “Best New Horticultural Innovation” Award 2016, and “Regional Development and Sustainability Award” 2017. Outside Australia, Airofresh is also being used in Belgium, The Netherlands and Spain, with trial work being done in France this year. 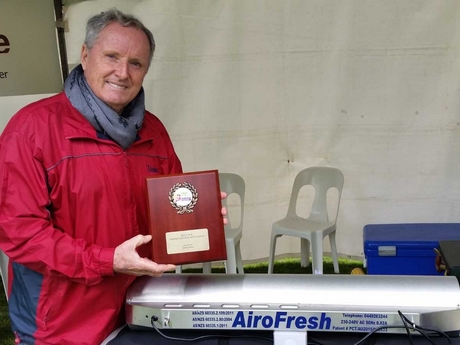 "It's still early days and we are still experimenting and getting further results but everything is positive," Mr Muir said. "We had one guy in Batlow who had three units, and he has put 10 in this year. Another had four in last year, and has 11 in this year. They are just finding the results are just so good that they need to put more in their rooms under this system."

One customer, Rohan Gilmore, from Gilmore Pears was quoted in the company's promotional flyer: "This is innovative industry technology that treats the environment of the produce 24 hours a day. Moulds are no longer a problem which in industry settings would reduce the need for chemical mould controls and fungicides. For an organic grower the Airofresh AF1000 is an excellent addition to our facility and I commend its use to any grower of fine produce."