US lettuce supplies getting back on track

After last week's snowfall and cold weather, lettuce supplies out of Yuma and the Imperial Valley are now on the recovery. It's been a bumpy few weeks for growers in the desert areas, as the holiday season slowdown had also played a part in tightening US lettuce supplies.

"We had three delays due to icy weather," noted Mark McBride of Coastline Family Farms. "On two other days, harvesting was cut short because of light rain. This came with a labor shortage that typically occurs during the holiday season, placing a strain on both production and transportation. However, we are now back on top of lettuce production." 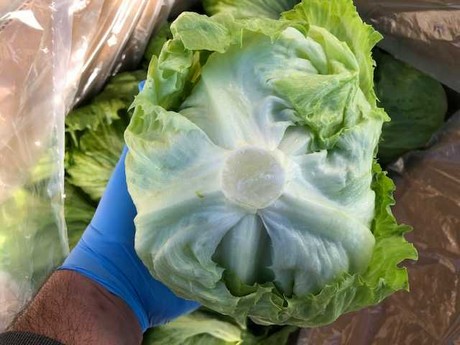 Market on the move again
Suppliers observe that the market has regained some momentum after the holidays. Prices are steadying as producers ship more stable volume again. McBride said the hope is that the steady market will continue, but growers will be keeping an eye on forecast rain in the growing regions later this week.

"The market has picked up again as people resume their normal buying patterns again after the holidays," he explained. "Prices have now stabilized in the mid-teens and we hope it will continue to be steady now that we are looking at more manageable supplies over the next few weeks. There is rain forecast again in the desert regions later this week however, and Salinas - where it has been dry - is looking at getting some rain as well." 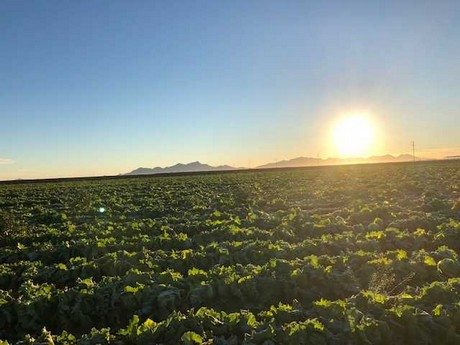 A cold, clear morning in the desert growing region

Desert weather overall more stable
The sight of snow in the desert regions may look like an anomaly, but it certainly does happen from time to time. However, the typically stable weather means that much of the leafy green production in the United States occurs here during the winter months. But it hasn't always been that stable, as McBride observed.

"The desert generally has less disruption than coastal California during winter," he said. "it used to be worse though. In my memory, we used to have issues in the desert much more frequently than we do now. This year, getting through the difficult transition period during fall to the desert growing regions was tough. Therefore, the current weather issues are fairly minor now that we have the season well-established."