Cauliflower production in California is largely in transition, with some growers starting their Yuma seasons, while others remain in Californian growing regions that can go year round. Supplies are tight at the moment, with a combination of the seasonal transition and cooler weather affecting production.

"We grow cauliflower year round in Santa Maria," explained Kevin Jordan of Adam Bros. Produce Sales. "There are some growers that have just started up their Yuma seasons however. Supplies are a little tight currently with some production moving from one district to another as well as cooler weather affecting cauliflower growth."

Christmas pull strengthens market
As Jordan noted, this is the time of year when there is less volume in the market. It also coincides with a period of higher demand with the Holiday period seeing an increase in demand. As a result, producers are seeing higher prices. 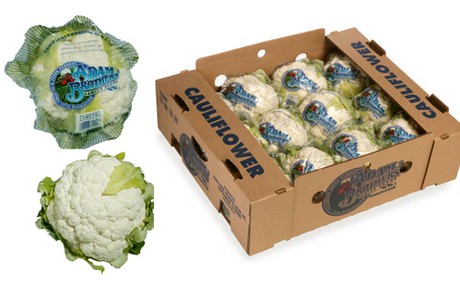 "The market is very good at the moment and we expect to continue to see that moving forward over the next few weeks," Jordan said. "There is strong demand for cauliflower over the Holiday period, with the Christmas pull starting to take effect. With the multiple factors of transition, reduced supply and higher demand, prices are good, with 12 size fetching between $23 - $25."

"We concentrate on our wet vegetable production and quality has been excellent so far this season," he shared. "We have however completed our season on leafy greens."