The domestic bell pepper market is in a bit of flux following seasonal weather events in a variety of regions.

He points to a number of regions whose unusual weather circumstances have affected supply. “At this time of year normally there’s an overlap of production between South Georgia, Florida and California’s Coachella Valley,” he says. “This year, the weather--especially the hurricane that blew through Georgia and into South and North Carolina--negatively impacted supply. A lot of plants were damaged and there was an early end for many growers/shippers in Georgia.”

Additionally, Mazal adds that the closure of a major shipper in Coachella Valley also added to the supply issue. “Combined, this kept the market fairly strong throughout the end of the Georgia season and Florida has been slow to come on with volume,” he says. 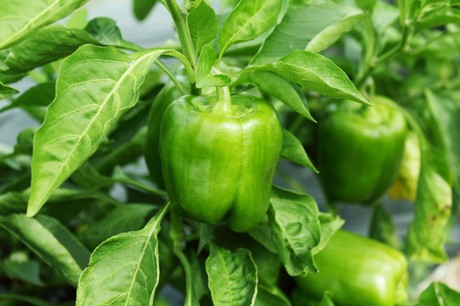 Challenges in Mexico
Also, on the import side, Mazal notes that Mexico is also starting its season late due to cold temperatures.

If those are the micro issues of the season, there are also macro concerns around peppers adding to increasingly smaller supplies. “There’s less acreage planted in Florida almost every year,” says Mazal. “More and more farms are disappearing and being taken over by housing.” He adds that while normally East Coast Farms pulls peppers almost exclusively from Florida at this time of year, instead it’s currently bringing product in from Canada, California, Nogales, McAllen as well as Florida. “Because of the lack of product here, we’re forced to bring it in from a longer distance and the freight costs are having an impact,” he adds.

Pushing prices up
With good demand on peppers, all of this is makes for higher pricing on peppers right now. “Typically green choice peppers sell as low as $5-$7 FOB with larger sizes selling as low as mid to low-teens and RPC and display-ready boxes at $18-$20 FOB,” says Mazal. “This year, it’s more than double.”

He anticipates relief won’t be on the way anytime soon for peppers. “The high price points will probably stay until the second week in December when volume ramps up in Sinaloa, Mexico. Once that comes on and there’s increased volume from Florida, this should level out,” he says.