The Fall season is about to commence in Hawaii and with that comes the peak of the ginger growing season on the islands. While it can grow all year round, there is a greater amount of ginger production in the winter months. Kauai Organic Farms is a certified organic ginger grower and their harvest season begins next month. Although the company sells fresh ginger for six months of the year, they are able to sell organic ginger all year round in the form of frozen ginger puree. The company's specialty is Hawaiian Yellow Ginger.

"Our fresh organic ginger season extends from November to April," said Phil Green of Kauai Organic Farms. "The farm has been growing organic ginger since the mid 1990's and we bought it in 2004. Primarily, we have our fresh ginger made into a frozen puree which is processed on the mainland in 40lb pails, particularly to California. In this way, we are able to supply organic ginger all year round."

Kauai Organic Farms is located in an area of Hawaii that receives less rainfall than many other locations in the chain. Therefore, they generally have to irrigate, which is a preferable situation when it comes to ginger. "We irrigate the ginger plants during the growing phase and our location in Hawaii is optimal as we don't want too much rain," Green noted. "This year we planted a little more acreage and as a result, we are expecting an increase in volume. The crop quality this year looks very good." 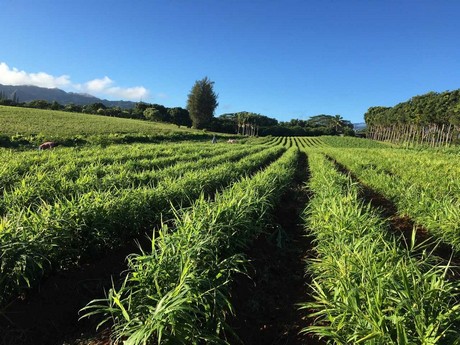 Growth in the health food category
Green noted that Kauai Organic Farms has seen strong growth in demand in recent years. One of the reasons for this is because of the movement of consumers seeking out healthy foods. Many such foods contain ginger as an ingredient, and therefore the ginger puree is an ideal way for those health food manufacturers to incorporate organic ginger into their products.

"The organic ginger category has seen excellent growth in demand," he explained. "Many health foods use ginger as an ingredient, including kombucha, frozen entrees, salad dressings and sauces, ginger beer and teas, among others. Additionally, if these products are certified organic, they require organic ginger. The advantage of offering the organic ginger puree is that it's available year-round rather than the fresh ginger part of the year." 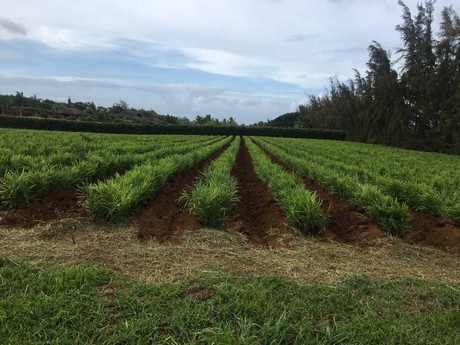 Competing on quality
One of the biggest challenges for Hawaiian growers is the competition from other regions. Being literally offshore itself, Hawaii doesn't have the advantage of close proximity to the rest of the US market over the offshore growers. Growers admit they cannot compete with them on price, but they can leverage the quality which they say many customers are interested in.

"We compete against foreign imports, including China and a number of Central and South American countries," Green said. "We can't compete on price alone, but some consumers prefer to have US-grown organic ginger. Our ginger is of the highest quality and consumers can have certainty in the organic certification. In addition to ginger, we also grow organic turmeric and galangal."