The port of Durban is closed today after torrential rain and mud slides in Durban. Employees at the port and its cold stores cannot get to work this morning as roads and bridges are washed away after 200mm to even over 300mm rainfall in 24 hours.

Bayhead Road, main artery leading to the Durban container terminal, is deserted and it's unclear when operations at the port will resume. 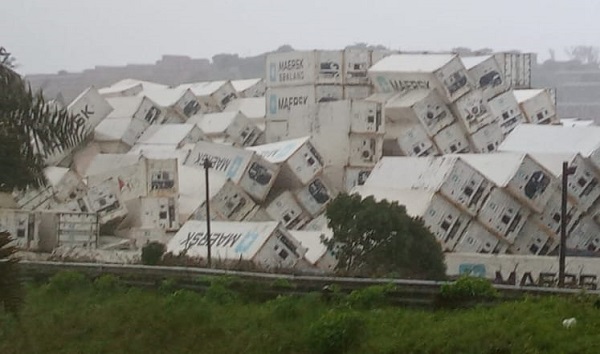 In a statement today, Maersk said no infrastructure damage was reported to vessels or containers within the Durban container terminal, where container gate operations as well as terminal operations have been suspended for now.

The shipping company added that depots in the Durban area are currently closed, as their own Durban office, with reports of damage to containers. Warehouses are closed with potential damage to cargo.

Rail connection to the terminal has been suspended and all trucking fleets currently grounded.

Power is down in certain suburbs, bridges have been washed away.

With reduced exports to Russia, volumes at the port had been down in March but it's expected to strongly rise in April as more grapefruit growers start the harvest.

Media report that at least ten people died in the flooding in the province over the weekend.