Hans Hofmann, Gemüsebau Hofmann from Nuremberg, on the cucumber season:

The already enormously increased gas, energy, and labor costs - also due to the consequences of the war in Ukraine and the sanctions against Russia - are having an increasing impact on vegetable growing in Germany. Hans Hofmann, vegetable producer and managing director of the Nuremberg-based company of the same name, therefore assumes that he will have to adjust his prices by at least 10%. Currently, Hofmann can offer between 8,000 to 12,000 cucumbers daily.

"Fortunately, the sun has been shining in recent days. Because our vegetable production is heavily dependent on light. At the same time, we have to factor in significantly more for artificial lighting and other production costs, which in turn would have to be reflected in the price of our cucumbers. But these costs cannot be translated into the corresponding prices because there is currently a lot of supply from northern Germany, the Netherlands and Belgium on the market," says Hofmann.

The food retail industry is mainly interested in placing good offers on the market in order to be able to strengthen its own market share, Hofmann says. "And if there is more supply than demand, retailers naturally try to push the price down as far as possible. My production costs are higher than for the foreign product. If the trade now also enforces more price markups, it will be correspondingly more expensive. However, the trade does not even specifically address our needs."

Furthermore, consumers would also only accept price surcharges on regional goods up to a certain price range before turning back to cheaper, foreign goods. "Retailers mark up regional goods by up to 100%. As a result, the price difference between the local and foreign goods is correspondingly very high, which is why consumers then tend to go back to the foreign goods after all." In addition to all this, there are significantly more energy suppliers in the Netherlands or even in northern Germany, which in turn is advantageous for vegetable farmers there. "Here in the south, there are maybe one or two suppliers who set their energy prices quite high," Hofmann says.

Ultimately, in Hofmann's view, consumers would not save money on their vacations or on any consumer goods, but on food, which is why they would then be more willing to resort to the cheaper goods from abroad. Hofmann, on the other hand, feels abandoned by politics, since agriculture is "unjustly held up as a whipping boy" for various problems. 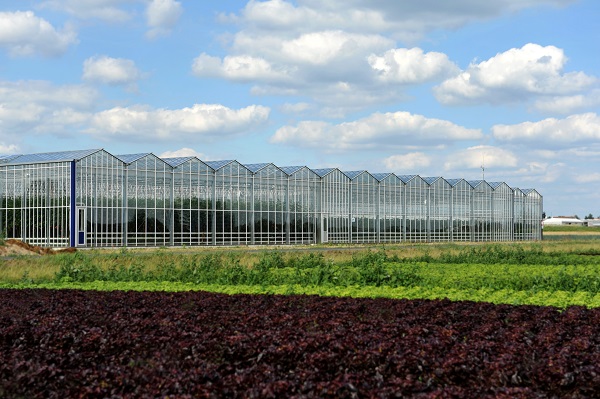 Cooperation with Frankengemüse
Hofmann has been a member of Frankengemüse eG for some two years. "As a cooperative, they offer a larger customer base." Hofmann grows his vegetables on 10ha of open land and 2ha in a greenhouse. "In our farm, it is also increasingly going more in the direction of greenhouse cultivation. However, there are still a lot of old greenhouses with outdated technology that need to be repositioned to be more energy efficient."