Weather conditions have caused Turkish pears to be harvested later than usual. One exporter says it will be a good season for the pear growers regardless, as prices are in a good spot at the moment. The exporter has doubled its production and aims to achieve the same growth next season. 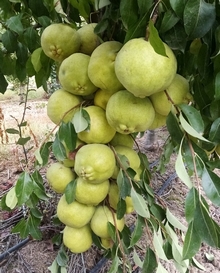 The Turkish pear season has had to deal with some delays, says Ibrahim Efecan, founder of Turkish fruit exporter FarmToWorld: “The Turkish main pear season starts 20 July with the Santa Maria harvest, the season for this variety lasts about a month. The other main pear we export is Deveci. It’s similar to Decana del Comizio. It usually starts by the end of September, but this year the climate has caused the season to be late. We’ve only just started with Deveci and harvest will last for about an entire month. Both varieties will be available for export until June, as we store them in cold rooms.”

Efecan states that higher temperatures had an impact on the crops this season. “This year volumes are really high, but pear prices are in a very good place, so overall it’s a good year for pear growers. However, the late flowering has affected the caliber and harvest time of Santa Maria. Growers thinks that harvest time will be later than usual, but the high temperatures matured the pears on time. High temperatures in August also affected the Deveci pears. Some orchards got rather stressed.” 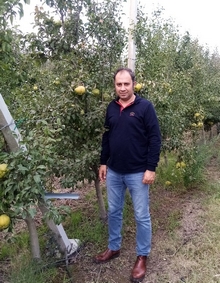 FarmToWorld has ambition to grow fast in the coming years. According to Efecan the company has managed to double production this year and has a similar goal for next year: “Some of our orchards are young, so we will be increasing the yield every year. This year we have double the yield if we compare it to last year. Next year also we hope to double yield again. Pear demand looks quite good at this time. Especially, exchange rates and pear production problems in European countries had a positive effect on our season. We expect very high prices in December.”

Prices for pears are higher in the Turkish orchards than they were last year. “For pears, last year we’ve seen prices of about 3-3,5 TL per kg, which is about 0,28-0,33 euro, in the orchards. This year the price is about 4-4,5 TL or 0,37-0,42 euro per kg. The produce is kept in cold storage, which means the export price reaches 0,70-0,75 euro. Turkey is actually an ideal country for pear production, because the costs are cheaper here than they are in European countries. In the coming years, our plan will be to increase the varieties destined for the EU market, such as Abate.” Efecan concludes.