The Polish Gala apples are doing rather well, according to one Polish exporter. Some of it has to do with the coloring of the apples. There are more varieties still on the trees, and this week the harvest of various more varieties will start. Prices are higher than they were at the closing of last season, but the exporter does hope the price will remain stable until the end of the season.

Emilia Lewandowska, office manager for Polish apple exporter Fruit-Group, states that their season has started out really well: “We’ve noticed high interesting from overseas for Polish apples this season. We’ve started exporting our apples in September, which is sooner than usual, as normally export was developing in October year by year. This season Poland has very good quality of Gala apples, the color of the apples is very red, thanks to the great weather conditions we’ve had. Sizes of the apples are also nice, as the Gala is not too small, it has an average size this season. I feel that this year will be very good for the export of Polish Gala apples!” 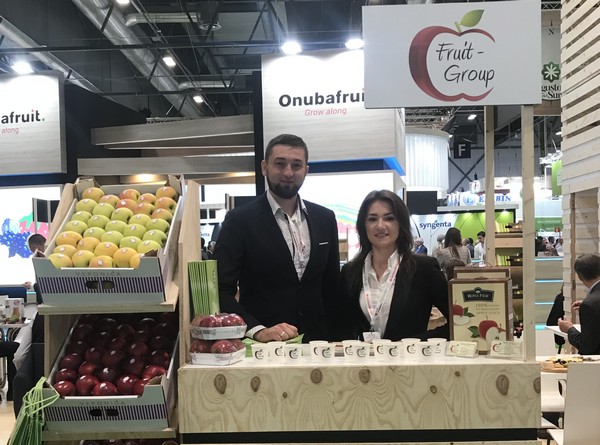 Exports to European countries have already started for the Gala variety. Lewandowska says that more varieties are right around the corner, as harvesting will start soon. “We’ve started to export to France, Germany and the Czech Republic. The European harvesting time hasn’t finished yet, so exports will develop even further in the next month. What is more, not all varieties are available just yet, as we are still harvesting. This week we’re starting the Champion variety, Golden, Jonaprince as well as Red Delicious. Local demand in Poland is similar to previous seasons.”

The weather was a lot better this year than it was in the previous season. Lewandowska states Poland hasn’t had to deal with very high temperatures, unlike some other European countries. “We had very rainy summer in this year. Last year we had to deal with drought, but this year we had no problem in terms of water. We’ve heard that some European areas endured terribly high temperatures, but Poland wasn’t touched by this specific problem. As I said before, September had the best weather to provide the right color for the apples. Sunny days and cold nights. There were some areas that had to deal with hail, which affected us as it does every year. There’s no real way to avoid it.”

Prices are slightly higher now than they were during the end of the previous season. Lewandowska hopes that the price will remain stable for the entire season. “The old season of 2020/2021 finished on the low level in regards to prices. For this new season, prices have started out higher. Right now, it’s hard to predict and talk about expectations. Season 2020/2021 from October till April was a stable year overall, but the months May and June destroyed this stability. I hope that this year the price situation will be stable till the end. October is the time of harvesting and closing chambers. The worst part of that is that we don’t know how many apples will be behind closed doors in our country.”

Fruit-Group will exhibit during Fruit Attraction in Madrid: “Fruit Attraction 2021 is right in front of us, and we’ve been waiting for this expo for a long time. We’ll have our own stand there. Our company will be represented by our member of the family Mateusz Kawęczyński. You can find us at the Polish Pavilion, Hall 10 stand 10D06!” Lewandowska concludes.