The Metis® plum campaign, which has already reached its halfway point, is yielding very positive results, according to its representatives. With 2,500 tons marketed, the project continues to make an impression on large-scale retailers and consumers. The campaign will last until the end of October and a total of around 5,000 tons will be marketed.

"Consumers who have tried the Metis® are very happy about its taste balance and consider it a good alternative to traditional plums," says Camille Herouard, Metis® brand manager. This year, moreover, the family is growing with the addition of new, very aromatic and sweet varieties, 3 under Sunset Sky and 1 under Dark Moon, which are arriving in September with a high quality." 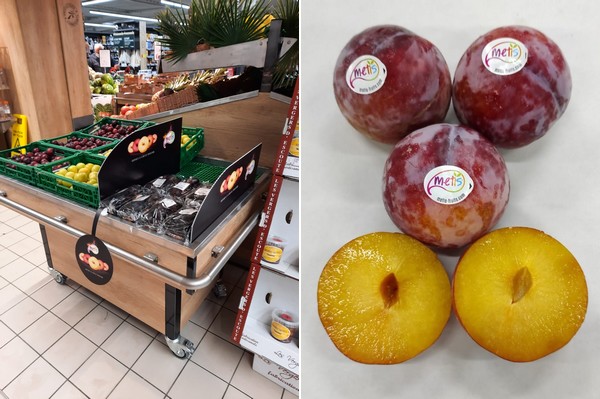 Germany
With almost 700 tons sold to date, the German market remains one of the most important for Metis®, where the brand is becoming one of the leaders on the shelf. "Retailers such as Edeka or Rewe are achieving good results and helping boost overall sales in the country," says Camille.

Italy
In Italy, following some satisfactory campaigns, the demand remains high. "At the moment, the volume marketed doubles that of last year, reaching 530 tons. The market is responding very positively to this and we are preparing numerous promotional actions to boost sales through gifts, in-store promotions and direct marketing actions. There will also be a special street marketing initiative that will bring the brand and the product to the streets of Bologna and Milan," says the head of this project.

United Kingdom
This is the third largest market for Metis®. To date, 345 tons have been marketed, with an increase of over 50% compared to the same period in 2020. "Sales are stable and increasing, despite overlapping with the United Kingdom's own production." 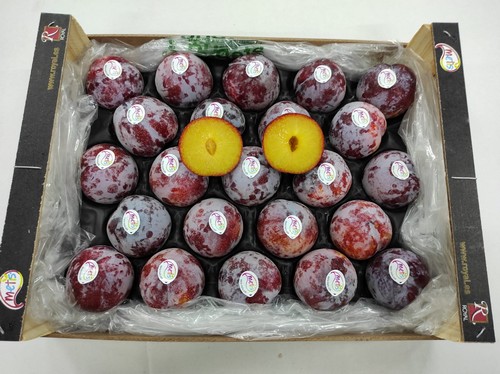 France
So far, 250 tons have been sold in France and 500 more are expected to be sold by the end of the season. In the words of Camille Herouard: "This season, a special effort has been made in the country to promote the brand on the shelves thanks to various PPVs. Besides, France has been chosen for the launch of a new 100% sustainable packaging made of cardboard and containing 5 pieces of Metis® in a snack format."

Spain
With a volume exceeding 135 tons at the moment, Metis® is reaching more points of sale across the country than in the previous year. "This, together with a good brand strategy, is allowing us to grow, leading to positive business with our customers. During this season, an active campaign has been carried out on social media through collaborations with opinion leaders in order to raise awareness of the product," says Camille.

Other countries
"We are still present in the rest of the EU countries, especially in the Nordic countries, which continue to go for the more exotic options. China remains an active market on which to continue working with the country's main supermarkets," she said. 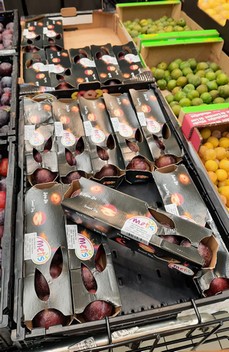 Marketing and communication have been very important to Metis® since its inception.

"Despite the situation we are going through due to COVID-19, our focus is on one of the greatest values that human beings have: the ability to share. To this end, we are suggesting moments, spaces and recipes with which to spend pleasant moments with your loved ones; enjoying life with every bite and feeling happy with what you do every day," says the brand manager.

This entire strategy is being carried out through online channels, working in partnership with renowned bloggers and influencers.