It has been a big year for UK blueberries, after a late start yields have been good and the weather has been kind.

“We didn’t have any frost or storms to contend with here,” said Chris Chinn of Cobrey Farms who grows blueberries in the Wye Valley in Herefordshire. “The tunnel blueberries started a bit later than normal due to the poor weather in May, but yields have been good. The season has not been without its challenges as volumes have been good throughout north eastern Europe too. Also, Southern Hemisphere production has already started to arrive on the market.” 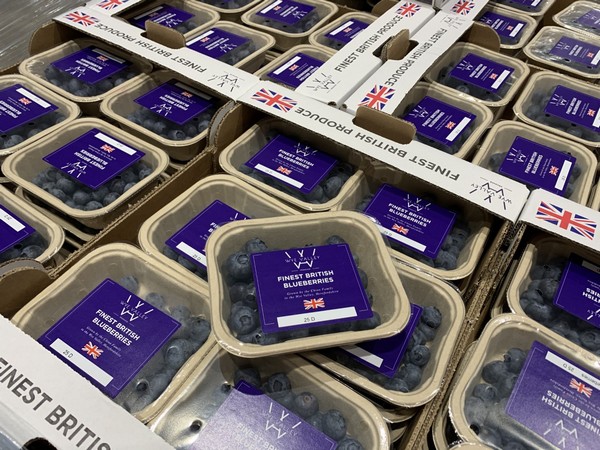 The production from northern Europe will start to drop away from now, but Cobrey Farms will continue with the same volumes until October.

During the pandemic retailers increased pack sizes as people started shopping less often, but consumer buying has gone back to more or less pre-pandemic behaviour, but there are still some big packs of blueberries available and if they are good value then the consumer will still buy them.

“Wholesale has been very resilient, starting up box schemes and supplying independent retailers during the lockdowns. Restaurants, although now fully open are still struggling with finding enough staff to operate to full capacity.

“Labour has been a challenge for us too this season, but we seem to have fared better than most, we have worked together with other growers to make it work best for all of us, we also try to be the best employer possible to attract and keep workers. We are hoping that the seasonal workers pilot scheme will be made permanent, we could not have got through the season without it this year. We are now in uncertain territory as to what will happen next year with regards to labour, but without people we don’t have a business.”