There were concerns about the cabbage market in early 2021. But it eventually recovered and the last stocks sold at reasonably good prices. "Growers who were patient, with all the risks that entailed, were rewarded last season," says Martin Bolhuis of the Dutch growers association, Tuindersbelang.

"The last white cabbage sold for quite good prices. And the red ones even became a little more expensive. There was demand from all over Europe. Not that extreme volumes went to one place. But we were able to serve a wide customer base. The last of the old cabbage went to the United Kingdom." 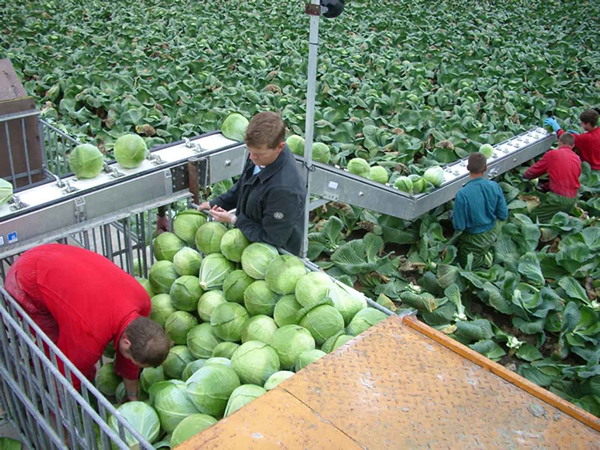 The new cabbage season is off to a good start, price-wise. "The new sizes 9/10 cabbages began at over €0.30. That price is now at around €0.20. The small sizes are selling for about €0.40. That's a nice amount of money, too," says Martin. "Red cabbage is even at a level of roughly €0.50. Reasonably large volumes are leaving. Unusually enough, also already to Eastern Europe. Israel and England are, however, buying good amounts of cabbage too."

"The prospects are generally not bad. Else we wouldn't have these prices. The acreage has shrunk a bit. On most plots, the cabbage is growing a little haphazardly. There are small and large cabbages mixed. There aren't many uniform rows. The plots here, in the [Netherlands] cabbage region, have also suffered considerable water damage. How extensive that will be, remains to be seen. After all, it's still cabbage," Martin concludes.