Turkish apples and pomegranate seasons coming up next

The Turkish cherry season is still in full swing, and according to one Turkish exporter their season has been positive overall. However, the demand from the Far Eastern regions was significantly lower, due to the fact that the Turkish government no longer provides subsidy for air cargo, as they did last year. This means prices are less competitive in these regions at the moment. For European countries, demand has been rather solid.

Mehmet Erdogan, managing director for Turkish produce exporter Ana Fruit, states the Turkish cherry season has done well in the European markets, while doing worse than expected in the Far East market: “Compared to last year, this year's cherry season met the expectations in the European market, while the demand in the Far East market was far below our expectations. In terms of pricing, the prices were very high at the beginning of the season, due to the low cherry harvest in the early regions this year. However, with the start of the harvest of cherries in other regions, the market prices settled.” 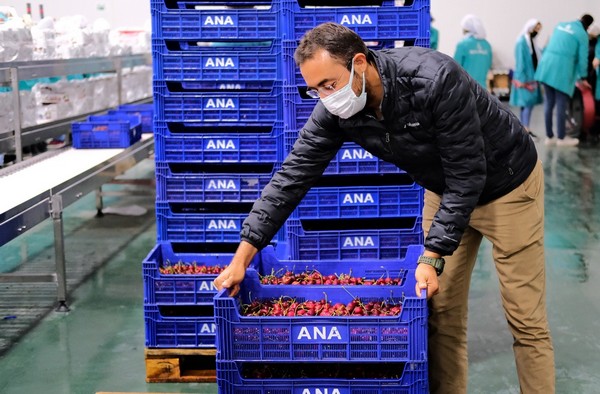 The competition from countries like Spain and Greece has been tough this year, Erdogan explains. However, as a company Ana Fruit has not really been affected by the competition. “Due to external reasons, our competition has become more difficult this year. There have been low prices for Spanish and Greek cherries in the market, but as the Turkish cherry has proven itself with its flavor and quality in the European market, we weren't really affected by this situation. Generally speaking, the demand was good at the beginning and middle of the season, but the market demand is decreasing now.”

The biggest decrease in demand came from the Far Eastern market, but this was mostly affected by the lack of subsidy for logistical costs from the Turkish government: “There was a 75% decrease in demand in the Far East market compared to last year, one of the biggest reasons for this is the absence of government subsidy for air cargo this year, which was provided to exporters last year. For this reason, the competitiveness of Turkish cherry in these specific markets has decreased,” Erdogan explains. “Despite all these challenges, we’re having a great season I can say and there is around one month left before we have to bid farewell to the Turkish cherry season.” 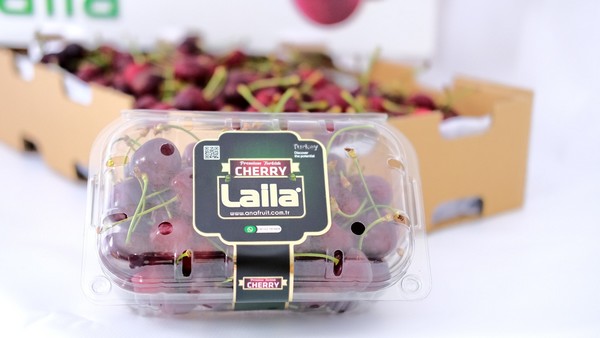 Once the Turkish cherry season is over, Ana Fruit will focus on both the apple and pomegranate seasons. “We’ll start our apple season in about one month and the pomegranate season should kick off in two months. We expect the apple and pomegranate seasons to be good. While the pomegranate yield is expected to be lower this year, we hope that the apple yield will be good. We have laid the foundation of a high-tech apple sorting machine and the packing facility which will be ready for the upcoming season. We are very excited for the upcoming seasons because we aim to be the playmaker of the market with our new facility, a new machine and new markets we aim to discover this year!” Erdogan concludes.