"Dutch full soil season still has to truly get going”

The Dutch full soil vegetable season has begun. That's with cauliflower, broccoli, and iceberg lettuce. But, according to Robert Vogel of AGF Direct, the season is only just getting started. "It was a bit tricky with the cold spring and frost."

"We haven't even started with broccoli yet. We'll begin with smaller supplies during the week. Our growers will have to cut many small sizes too. That's due to harvesting problems. We're looking forward to things really getting going." 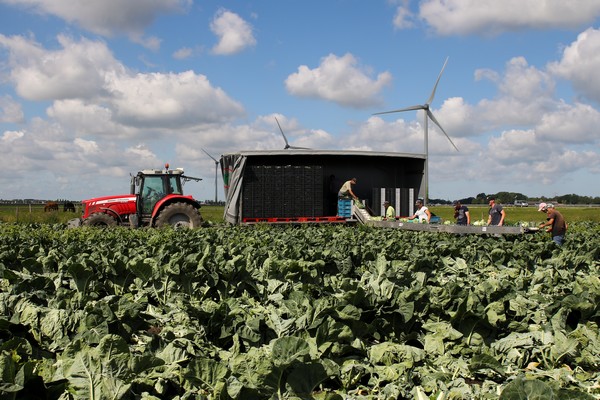 Effects of the nice weather
Did the fine weather have any effect?  "It's been nice for about a few days now. But the wind's been harsh and from the north, instead of from the south. That, however, hasn't had much of an effect yet."

Prices
Summer cauliflower supplies are still meager for this time of year. "I heard that prices are between €1.10 and €1.40. Broccoli, of course, isn't yet available. But iceberg lettuce is doing well. A crate goes for €4 to €4.50. However, the season still has to really begin," concludes Robert.