'Lettuce came in from Germany and Belgium'

Lettuce came in from Germany and Belgium. The availability expanded and was sufficient to meet the demand. This had condensed at certain points. Reductions in prices led to friendly demand in some places, but prices often remained at their previous level. In the case of iceberg lettuce, the formerly dominant Spanish deliveries were steadily reduced, in line with the seasonal level. The presence of the now predominant domestic batches and that of the complementary Dutch batches, on the other hand, expanded. The quality of domestic products improved.

However, customers still occasionally focused on articles from Spain, as they were cheaper. Prices mostly remained constant as supply and demand balanced each other out. Only in Hamburg did they drop as a result of limited sales. Prices of domestic endives crumbled slightly in Hamburg, while in Munich they rose somewhat, for the larger goods. The previously dominant Italian offerings almost completely disappeared from the market. In the case of colorful salads, distributors rarely saw any reason to modify their prices, as business was quiet. Only in Cologne did they reduce their demands as a result of excessive inflows. German lamb's lettuce only increased in price in Hamburg as a result of higher volumes. 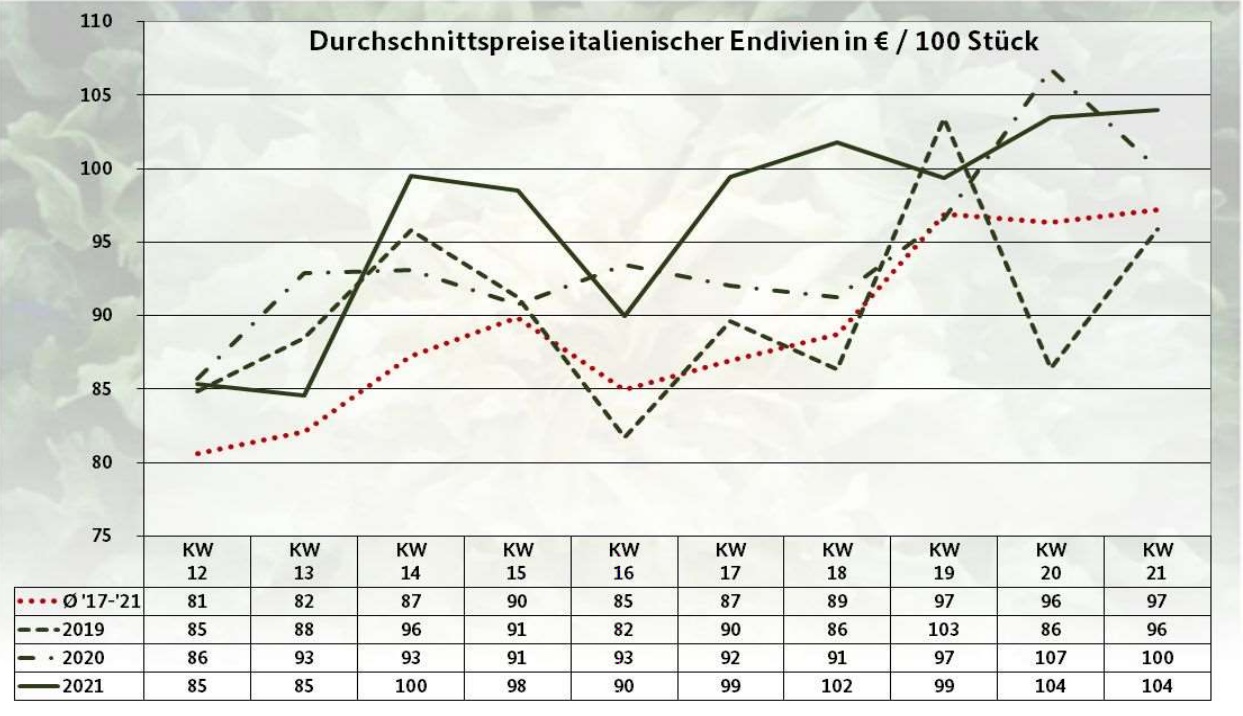 Apples
Imports from overseas gained in importance. Mostly, the quality of the fruit left nothing to be desired and the marketing was quite smooth.

Pears
Business was fairly quiet. Supply and demand were mostly in sync. As a result, prices remained mostly constant.

Table grapes
Chilean and South African shipments were limited. On the one hand, this led to a volume-induced increase in prices, but on the other hand they also declined due to quality factors.

Lemons
Spanish Verna dominated ahead of Primofiori of the same origin. Business was quiet, with supply and demand sufficiently in harmony with each other.

Bananas
The supply of the ripening plants coincided with the demand. The latter dropped as stone fruit was more in focus. Nevertheless, traders rarely had to modify their prices.

Lettuce
Lettuce came in from both Germany itself, and Belgium. Availability had expanded and was sufficient to meet demand. This had increased in certain areas. Reductions in price led to friendly demand in some places.

Cucumbers
Domestic, Dutch and Belgian deliveries formed the basis of the range. Demand was fairly quiet and could be satisfied without effort.

Tomatoes
The markets were sufficiently stocked with Dutch and Belgian products. Availability increased. Demand, on the other hand, remained at the level of the 20th week.

Sweet peppers
Dutch batches dominated the scene. Availability had not changed significantly. Nevertheless, interest was too weak to keep up with deliveries.

Asparagus
An extensive range of produce was available. Although availability had decreased slightly, it was sufficient to meet demand without difficulty. A certain degree of customer saturation could not be denied.